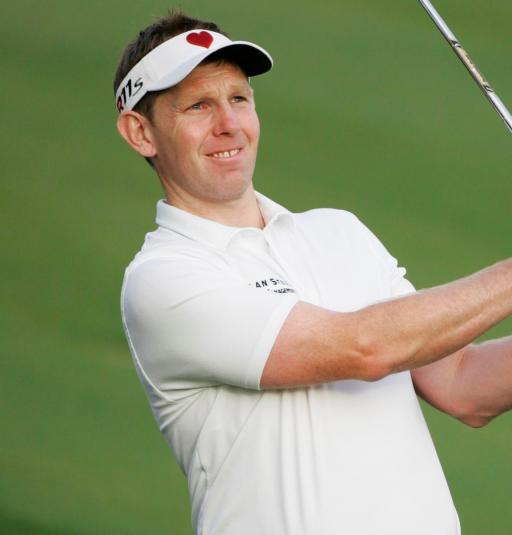 Stephen Gallacher was left to count the cost of playing the wrong ball during the final round of the Alfred Dunhill Links Championship at St Andrews.

The Scot, who won the event back in 2004, was lying three shots off the pace with three to play when he suffered a two-shot penalty for playing Yorkshire businessman Steve Halsall’s ball on the 16th.

Both golfers were playing Titleist balls with the number one on them – the only difference being that one had a green dot and the other had a red one.

“It was a freak incident and won’t happen again,” said Gallacher. “I had hit my tee shot down the left and the only fault I made was that I didn’t know where the amateur had hit it off the tee.”

The main reason for that was because Halsall was playing with Englishman Danny Willett whereas Gallacher did not have an amateur partner on the final day. Also, Halsall played off a tee much further forward.

“When I got to my ball it was side on and I didn’t think any of it as the amateur had teed off 100 yards further up. It was only when his caddie said another ball that was five yards away in the rough wasn’t theirs.”

The presence of amateurs in the final round has long been questioned, but, having managed to win the event eight years ago with Sir Martyn Arbib, Gallacher said he didn’t mind that at all.