Club aimed at those who enjoy golf and whisky 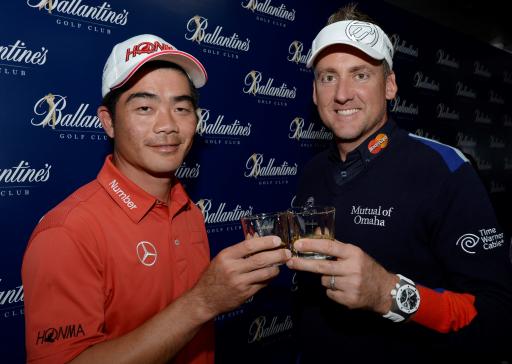 BALLANTINE'S, the world’s No 2 Scotch whisky, has launched the Ballantine’s Golf Club; a unique and innovative online Golf Club, inspired by golf and its lifestyle, and aimed at those who share an appreciation of golf and a love of fine whisky.

Ian Poulter is the Club’s inaugural Captain and the website is now live and ready for members to open its doors for the first time at www.ballantinesgolfclub.com.

Membership to the Ballantine’s Golf Club, which is completely free-of-charge, gives golf fans around the world access to exclusive content, invitational events, whisky tastings, VIP hospitality and a range of member rewards, as well as the coveted opportunity to learn from top players and participate in a member-only global golf tournament.

Club Captain Ian Poulter hosted a launch event today at the Lake Malaren Golf Club on the eve of the BMW Masters Tournament, at which Ballantine’s is the Official Whisky of the prestigious tournament.

The innovative online club presents a wide range of contemporary and exciting golf content, appealing to golf enthusiasts who want to get behind-the-scenes of the sport and learn something new, whilst having the opportunity to win ‘money-can’t-buy’ rewards. These rewards include exclusive signed Ian Poulter prints, beautifully crafted handmade golf clubs from Vega and Ryder Cup official prints, painted and signed by world renowned golf artist, Graeme Baxter.

Throughout the season, www.ballantinesgolfclub.com will be updated with further exclusive content including ‘Shotmakers’, which features swing and course management tips from professionals, ‘Captain’s Diary’ updates from Ian Poulter, ‘Off-Course Portraits’ documenting the unique lives of successful individuals in the world of golf, and golf style articles from leading fashion journalists.

Ian Poulter said: “It is an honour to be the Founding Captain of the Ballantine’s Golf Club. Ballantine’s has long had an association with golf and it’s fantastic to be a part of a truly unique club where, like me, the members will share an appreciation of whisky and the spirit of the sport.”

Peter Moore, Global Brand Director for Ballantine’s added: “We have a tremendous heritage in golf dating back to 1960 and the Ballantine’s Golf Club now takes our presence in the sport to the next level. In addition to our continued support for tournaments across the golfing calendar, the introduction of the Ballantine’s Golf Club will allow us to reach an increasing number of golf fans who share an appreciation of good whisky, with new and exciting content that has been created with them in mind, all around the world.”