Coltart: US team stronger without Woods

Woods' decision to withdraw from the Ryder Cup is a blessing in disguise, according to former Ryder Cup player 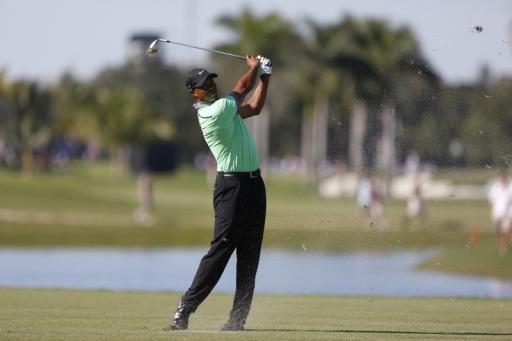 Coltart, who lost to Woods in the singles at Brookline in 1999, said: “I don't think it's going to be a bad thing for the US team.

"It's a bit of a relief for Watson because he was going to have to make a huge decision. That has now been made for him.

"There was no way Tiger was going to play five matches. I think he'd have been lucky to play three with a bad back. I think he's also struggling mentally. Tiger can't be happy with his swing - he is hitting it sideways."

"Now Watson has the freedom to pick somebody else, I think it could make that US team a little stronger,” he added.

"They are going to come together a bit like a wounded animal. They have several players out.

"Dustin Johnson is on a leave of absence, Jason Dufner has hurt his neck and Matt Kuchar has a bad back. The US are definitely the underdogs."

European captain Paul McGinley is also wary of the Americans despite the glaring omission of the 14-time major champion.

"What I do know, though, is that Tom will have 12 very formidable players at his disposal and myself and the team are under no illusions about the scale of the task we will face against the United States at Gleneagles."