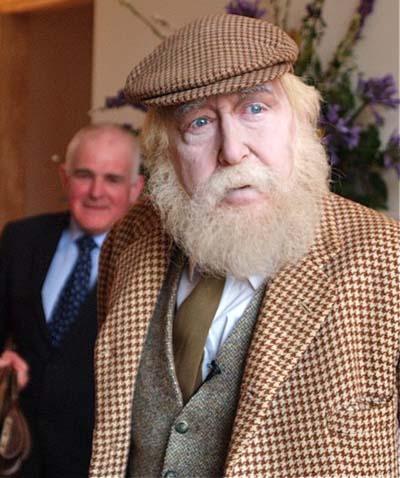 Old Tom Morris, the father of Scottish golf and its Open Championship roots, would have been proud.

A commemorative plaque to honour his great friend James Ogilvy Fairlie, founder of The Open Championship, has finally been attached to the wall of Coodham House, Fairlie's former home on the Symington Estate in Ayrshire.

Morris was brought in by Fairlie to create the course at Prestwick where the original tournament for The Open Belt was first played in 1860 and they spent countless hours there plotting the course and playing golf in the grounds. Morris also acted as caddie for Fairlie in various money matches played over the links at Carnoustie, North Berwick and St Andrews.

Jim Mather,  Scottish Minister for Enterprise, Energy and Tourism, presented the plaque on behalf of the Links Association, set up to champion links courses around the world, as a permanent tribute to Fairlie who lived at the house between 1845 and 1871.

Coodham House, which has been lavishly rebuilt to create luxury apartments and designer homes just minutes from Troon, Turnberry, Dundonald, Prestwick and a new links course being planned for Irvine Bay.

“We're delighted that a plaque commemorating James Ogilvy Fairlie and his contribution to the game of golf is erected at Coodham House,” said Malcolm Campbell, chief executive of The Links Association. “Coodham is absolutely magnificent and a real tribute to Fairlie. I’m sure he’d be delighted.

“To create a tangible memorial to the man who inspired the Open at the house where he did a lot of the planning is fantastic.”

Fairlie, a former Captain of the R&A, is the only man to win gold medals in competitions at the R&A, Prestwick and North Berwick. He was mentor to Old Tom, who named his second son James Ogilvy Fairlie Morris.