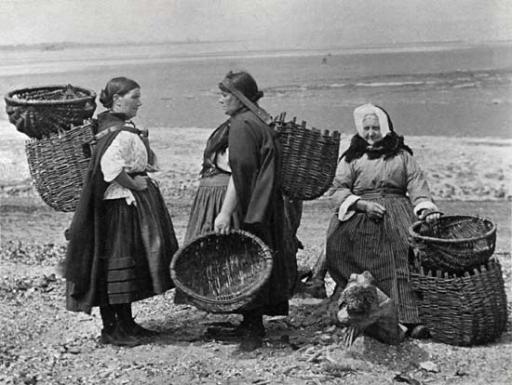 Catriona Matthew, Scotland's latest major champion, will be amused to learn that the first ever golf event for women in Scotland was held 200 years ago at the Musselburgh Links for local fishwives - spouses of some of the port's fishermen.

On June 25 the game's modern day golf descendants will compete for greensomes and individual scratch titles hosted on the original Old Course, hosted by the Musselburgh Links Ladies Golf Club.

Players have been invited from courses throughout the Lothian area to take part to help raise money for local charities and the club is hoping events - which include members in traditional fishwives costumes - will attract good crowds.

It was on January 1, 1811, not the most hospitable day to inaugurate a golf competition, surely, that the first event was held with prizes including traditional fishwife dolls, silk handkerchiefs from Barcelona and a creel ( a woven basket).

Vouchers and similar prizes are being created for the June event, which has the backing of the Ladies' Golf Union, East Lothian Council and Musselburgh Race Course as well as local businesses and organisations.

Paul Lawrie has donated signed montage celebrating his Open win at Carnoustie in 1999 with proceeds to The Teenage Cancer Trust (East of Scotland) appeal. It's a shame that Ms Matthew hasn't offered anything for the auction - or maybe they were too embarrassed to ask!