Hidden gem has an Open sparkle 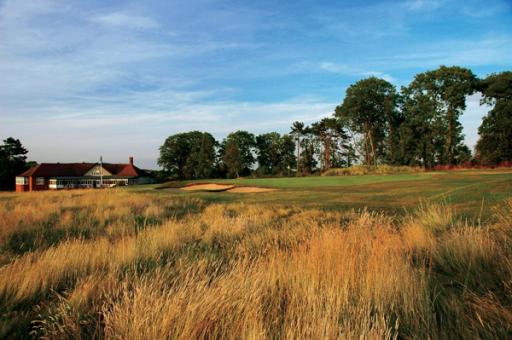 The course nearest to my home is one of England's finest hidden gems - and probably only a driver and a 3-wood away as the Titleist ProV1 (crow) flies, for the likes of big-hitting Open champion Louis Oosthuizen.

But Luffenham Heath is unlikely to remain one of golf's best kept secrets for long now that it has just been given Open Regional Qualifying status by the R&A ahead of the 2013 Championships due to be staged at Muirfield.

Tucked away in the rolling folds of Rutland farmland on the edge my home village of Ketton near Stamford, the course has been undergoing extensive improvements since the original 1911 Harry Colt design was tweaked a couple of years back with two new greens (9th and 11th).

Widely regarded as one of the finest heathland courses in the Midlands, it has also been upgraded, re-furbished and extended to 6,550 yards with the addition of six new Championship tees and half a dozen new bunkers to catch the longer-hitting pros and amateurs who will be attracted by this prestigious qualifying event.

All 70 original bunkers have been renovated and a new maintenance regime introduced overseen by head greenkeeper Nick Nottingham and club captain, Michael Pring, who says: “To be awarded Regional Qualifying for the Open Championship is a great honour and underlines the outstanding quality of this historic golf course and the successful implementation of the changes we have made.?

“Luffenham Heath has welcomed some of the greatest players the game has known, including five-times Open Champions Harry Vardon and James Braid and it has never looked or played better.”?

?Colt, incidentally was also responsible for Wentworth's East and West courses, Sunningdale New, Rye and Swinley Forest. Past captains of Luffenham Heath include The Prince of Wales (1928), later to become the uncrowned Edward VIII. Sadly it applied for but was never conferred Royal status.?

I have played the course times and I'm delighted it has decided to open its doors to a wider audience, having often preferred neither to advertise, nor promote its charms in the past.

In a previous life as a magazine editor, I once suggested to a club official that with green fees  at only £25 a round at the time, that my readers would be thrilled at the prospect of playing there. He was horrified.

He advised that the club couldn't possibly entertain any more visitors than the handful they already had. It was a members club, he said, and if the magazine started proclaiming about how wonderful this course was, the members would start expecting the club to make a profit!

In the current economic climate...how times have changed.  Opportunities for visitors are limited but if you get the chance, don't hesitate.

Bob Warters
Previous
What's in the bag: Atwal & Hanson
Next
Golf balls have 'gone too far'!