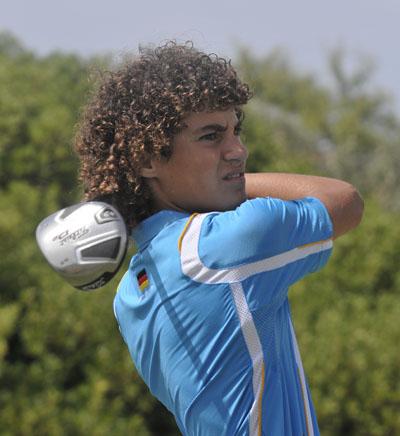 The Oceânico World Kids Golf Championships, staged last week, was won overall by Goncalo Pinto, a teenager from Vilamoura, playing off a plus one handicap. He won both gross and nett prizes with rounds of 77, 71 and 74 on the Faldo and O'Connor courses at Oceanico Amendoeira resort.

This year saw the largest and most competitive international field, with over 15 countries represented and over 100 boys and girls in categories from eight to 18.

“We are proud to have worked closely with The Portuguese Golf Federation in creating this event for the second consecutive year," said Chris Stilwell, CEO of Oceanico Golf.  "Our investment in golf at at grass roots level remains a priority for us and we will continue to strive to give youngsters the opportunity to compete in Championship conditions."

The event is part of Oceânico’s roster of first class events, with the highlight being the European Tour’s Portugal Masters in October. Other events include the Oceânico Ladies Week.

“Having Oceânico invest so widely in golf is something that all of us should be thrilled with, " commented Lee Westwood, who also has his own foundation and academy scheme. "Events such as these are crucial for the development of the game. The more we nurture the youngsters, the better the future of golf will be.”

For a full list of winners of this year’s Oceânico World Kids Golf Championship visit www.oceanicogolf.com