Golf balls have 'gone too far'!

Waites and Karlsson join the debate 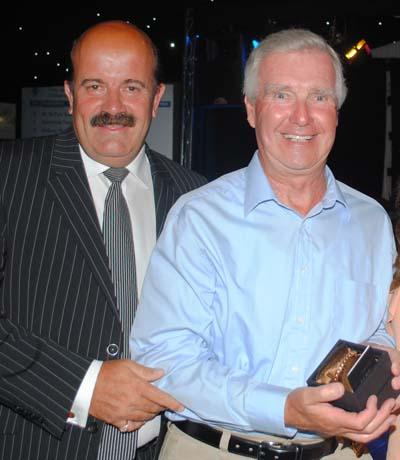 Recent evidence seems to suggest that the modern golf ball, hit by clubs using modern technology is travelling too far. As a result some experts believe classic courses are becoming obsolete.

A case in point was the 17th tee on the Old Course at St Andrews,  reluctantly pushed back at least 30 yards by the R&A in order to retain its historical challenge to the modern athletic golfers at The Open.

And yesterday I heard that the superb Luffenham Heath course in Rutland, designed by the legendary Harry Colt in 1911 has had to build six new tees so the players bidding to compete in the 2013 Open qualifying event don't overwhelm this classic gem.

Among those advocating a gearing down of the golf ball by about 30 yards is Brian Waites (70), straight-talking former Ryder Cup player, whom I bumped into at the Farmfoods British Par-3 championship at Nailcote Hall hotel, where he became the first player to score a hole in one, when he aced the 9th.

"If the rules guys at the R&A and USGA got their heads together to ensure the balls go 30 yards shorter than they currently are, it would be better in my opinion," said Waites who won four times on the European Tour and was the first player to make 100 appearances on the European Seniors Tour.

"It would also mean that every new golf course and some of the classic ones wouldn't have to keep pushing their tees back at the cost of hundreds of thousands of pounds. The bunkers on the old courses which were in play 30 years ago are now surplus to requirement because balls fly over them.

"The only way you can bring those hazards back into play is to push the tee back or move the bunkers. And the amount of money involved is horrendous," said Waites, the former Hollinwell (Notts) pro, who now lives in retirement and only plays golf socially as a member at Minehead and West Somerset Golf Club.

"What I'm saying is that to the average club golfer it's going to make only a couple of yards difference but for pros like Woods and Westwood - it could mean a difference of up to 30 yards and retain the challenge of par-4s and par-5s.

"In tennis they can change the compression of the ball to suit different conditions so surely in golf, where it's should be a game of accuracy and consistency not pure brute force they could do the...(over the page)