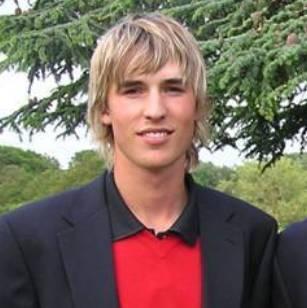 The Oxfordshire youngster carded rounds of 69 and 70 for a winning 5-under total in the 36-hole local qualifier at Royal Cinque Ports on Tuesday.

Hinton, who went blind for a brief time in 2009, qualified alongside North Middlesex’ Andrew Johnston and Wellingborough’s Simon Lilly, who both picked up the two remaining qualifying spots in a four-man playoff on Wednesday morning.

“After everything I’ve been through it’s unbelievable to be in the Open, it’s hard to take in,” said Hinton, who has endured a wretched time off the course.

“I was at an airport with the England squad in Spain but was so ill I was taken to hospital and went blind for a brief time. It took eight months to get properly better again.

“Then in February during the Spanish Amateur I had headaches and was throwing up. I was in intensive care for a week with an inflammation of the heart.

“The doctors said it would take six months to a year to fully get over, but thankfully after three months I started playing again. In my first event back I was ninth at the Welsh Amateur.”

Elsewhere, amateur Tom Lewis of Welwyn Garden City prevailed by three shots on 8-under at Rye, while Oxford’s Adam Wootton and The Shire’s Mark Laskey gained the other two spots.

Simon Edwards of Windermere, who finished last at the Open last year, will get another bite at Sandwich after being crowned the winner at Prince’s on 7-under, two shots clear of qualifiers Thomas Shadbolt of Brocket Hall and Prince’s Francis McGuirk.