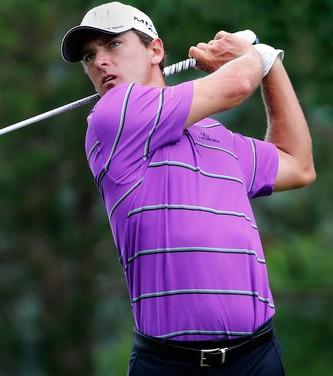 CHARLES HOWELL was disqualified from today's third round of the Wyndham Championship for using a non-conforming driver during the second round.

According to the PGA Tour, Howell, who fired a round of 68 on Friday to move into the top-10 on 6-under, was sent packing from the event after an issue surfaced around a toe-cap on the bottom of his new TaylorMade SLDR driver that came off while he was hitting balls prior to the second round.

Under the cover is a hole that is used to put a hot wax weight in the club, and so without the cover, Howell's driver had a hole in it that made it non-conforming.

"What that little port cover coming off did was made the club non-conforming," said PGA Tour rules official Tony Wallin. "You cannot have a hole that's uncovered into the club or going through the club."

In a statement issued this afternoon, Howell said he checked with TaylorMade to make sure the missing toe-cap wouldn't affect the club's performance. Howell started using the SLDR two weeks ago and labelled it as the "best performing driver I've played."

"The idea that the club would no longer be conforming, because of the missing toe-cap, never entered my mind," said Howell. "This driver will be back in play next week."

According to Wallin, had the toe-cap come off during the second round instead of before he teed off, Howell could have continued to play with the club but only if he had it repaired prior to the next round. Since the toe-cap was dislodged prior to the round, the only option was disqualification.

TaylorMade said in a statement that it would make sure the weight cap issue didn't happen again in the future.

"What happened in the case of Charles Howell’s driver is very rare and we will make the necessary adjustments to ensure this does not happen again. We are disappointed for Charles and have spoken to him."