Sir Nick Faldo and Colin Montgomerie get the Poulter-treatment in this typically honest autobiography. 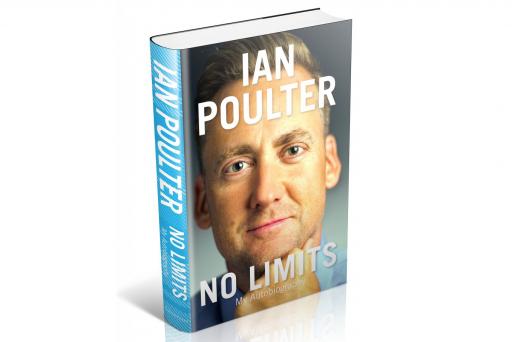 Ian Poulter’s autobiography is much like the man himself – self-assured, forthright but always entertaining and honest.

The early chapters examine Poulter the grafter, working long hours as an assistant in the club shop before turning professional with a handicap of four, but the fireworks begin when he shines the spotlight on fellow professionals.

No one is safe when Poulter has his finger on the trigger and the Englishman takes shots at Sir Nick Faldo and Colin Montgomerie among others.

In an intriguing passage, the 12-time European Tour winner writes about the time he told Montgomerie to "f**k off" and says many players have lost respect for Faldo following the 2008 Ryder Cup captain’s criticism of Sergio Garcia during the competition at Gleneagles.

While Poulter continually shoots from the hip, he does reserve praise for 14-time major champion Tiger Woods, despite their supposed spat in 2007 when Woods apparently sent to his coach a derogatory text about the Englishman who had "mooched" a ride on his private jet.

“I don’t want to go and have a drink with the guy [Woods] because we have nothing to talk about,” writes Poulter in a rare moment of self-depreciation.

As expected, the European Ryder Cup talisman writes a sizeable chunk on the biennial clash, and packs the chapters with anecdotes and colour that give the reader an unprecedented insight into the players' lives during the famous event.

Poulter boasts a signature clothing line and publicly advertises his lavish lifestyle on Twitter but it has not always been Ferraris and private planes for the Stevenage star, who worked on a market stall as a youngster.

His self-belief, often confused as arrogance, and work ethic is clear and this workmanlike side will endear him to golf fans.

Poulter’s autobiography is easy to read, if at times repetitive, and the rags to riches narrative will appeal to a wide market.