Legends on show at Par-3 Championship 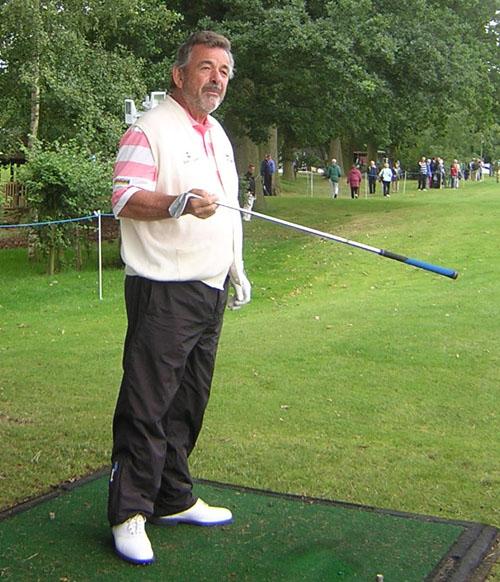 Golf legends Tony Jacklin, Larry Laoretti and Tommy Horton will be taking part in the Farmfoods British Par-3 Championship at Nailcote hall, near Coventry from August 9-12, along with a new generation of stars including Graeme Storm, Scott Jamieson, Gary Boyd and Danny Willett.

It had been hoped that the colourful American Doug Sanders, the man who finished runner-up in two Open Championships (1966 and 1970) and earned the nickname 'Peacock of the Fairways' 40 years ago, would also be taking part.

But the Texan, aged 78 last month, told me from his Houston home this week he has reluctantly had to withdraw.

"All of a sudden I've come down with a pain in my back and my hip. I've got to have an MRI test and my doctor's advised me not to drive or travel.

"I'm really upset about the whole thing but there's nothing I can do about it," said Sanders who was runner-up in the 1959 US PGA and 1961 US Open.

"I was looking forward to the whole thing and meeting up with Tony again and Tommy whom I'd played with in the first two rounds of that 1970 Open at St Andrews.

"I hope to come back again sometime next year because The Open is at Royal Lytham and a good friend of mine Eddie Birchenough is the pro there. I'll be there too in the Par-3 Championship, God willing, if he can give me the strength to travel.

"You tell every one over there that I love 'em and I'm thinking of 'em."

The field for the British Par-3 event comprises more than 30 European Tour and Senior Tour players and 30 of the best regional PGA pros including last year’s winner, Richard O’Hanlon.