Matteo: once a boy, now a man 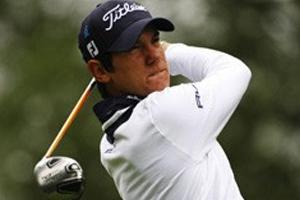 Matteo Manassero probably won’t have a normal 18th birthday. No flashing his drivers licence to every barman in town with a smug sense of self-satisfaction. No falling out of cheap, sticky nightclubs at 5am. No waking up with half a kebab stuck to his face.

No… well, no fun really.

The Italian wunderkind will spend his first day as an adult with a visit to the bank to cash in his £250,000 Malaysian Open pay cheque, before popping home to add his second European Tour trophy to a mantelpiece which will undoubtedly run out of space. And fast.

What’s most surprising is the minimal fuss made around the Italian maestro. When the likes of Sergio Garcia and Rory McIlroy stormed onto the scene, there weren’t enough calculators in the world to keep up with just how many major wins the pair would have between them.

And while McIlroy has time on his side, it looks more and more likely that Garcia will eventually spend his retirement days looking back and wondering what might have been.

But the circus hasn’t been rolled out for Manassero. The boy from Verona is quietly going about his business, keeping out of the limelight and, most importantly, the headlines. Except for the right reasons.

When he sinks an important putt, there’s no whooping, no fist-pumps, no elaborate celebrations. Just a polite acknowledgement of the crowd and a concentration so sharp it could cut glass.

The baby-face and Kinder logo across his cap are stark reminder that he is still so young, but he comes across well beyond his 18 years with the sort of focus akin of someone destined for the biggest prizes in world sport.

“I grew up watching Constantino, Seve and Tiger,” he says. “I thought Seve was the kind of player I wanted to be.

“The crowd was cheering for him and he was different to everyone else. He is a great person and a symbol of what a person should be.”

Nick Faldo’s a fan. “Schwartzel won the Masters but… da da daaaa! Manassero wasn’t there. Discuss,” tweeted the Englishman, himself an owner of three green jackets.

And it’s hardly surprising. Straight, but not long, a touch around the greens most players would kill for and the strategic game to outwit the best. Who does that remind you of?

Manassero has eight chances to become the first teenager to win a major in modern times. Don’t even think about betting against it.

Like many, I ended my childhood years with a hangover to end all hangovers. Manassero ended his as the 33rd best golfer on the planet. So happy birthday Matteo, allow yourself a glass of wine or two.