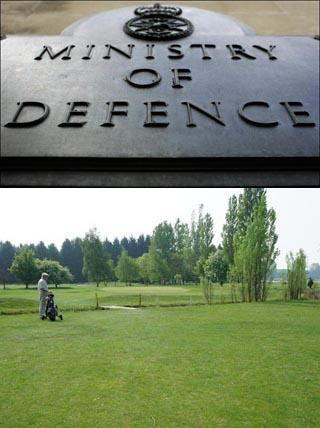 MEMBERS of Bassingbourn Golf Club are fighting against the Ministry of Defence's (MoD) decision to close them down at the end of March this year.

The golf club, evicted from Bassingbourn Barracks following its closure, have lodged a formal complaint saying they've been treated unfairly by the Government department.

Des Downey, committee member at the golf club, told the Royston Crow: “The MoD failed to exercise good communication, negotiation, flexibility and respect for the communities where the leisure assets are located. To compound it all, taxpayers see community leisure assets to the value of perhaps £1m destroyed.

"The MoD who enjoyed excellent relationships with the local community, reaching back to World War II, are seen to have acted in a capricious and intransigent manner.”

There have been two separate meetings involving the golf club and other societies that used the barracks, such as the local Yachting and hockey club.

Downey added: “A presentation was prepared to show how the clubs could take responsibility for administration, maintenance and access management. This included a willingness to consider contributing financially either as clubs or with assistance from community organisations.

"To our astonishment the MoD refused point blank to consider any options. It was also very evident that any public interest factors such as the loss of community leisure facilities had not been part of their thinking.”

In response to the claims, an MoD spokesman has outlined that there were clear issues with keeping the golf facilities running and that the club were given a reasonable warning before the closure.

He said: “The sports and social clubs were informed in 2012 that, following the closure of the Bassingbourn Barracks, they would no longer be able to access the site because of the cost of providing additional security and satisfying adequate health and safety requirements.

“MoD engaged with the clubs and societies throughout the process and explained that we could not justify keeping the site open for regular public use when MoD is no longer operating the site itself. All leases have now expired."