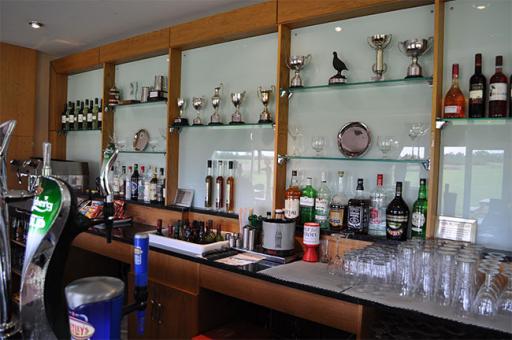 TROPHIES awarded to golfers at a Northumberland golf club have been stolen in a raid.

Burglars also made off with alcohol worth hundreds of pounds when they broke into Belford Golf Club.

Staff arriving on Monday morning discovered the front window had been smashed and then realised contents were missing. The large amount of alcohol was left over from a function at the weekend.

The trophy cabinet contained around 15 prizes presented to members, most of which are awarded in the memory of players that have passed away.

The club was one of a number of properties in the area raided overnight on Sunday.

Club steward Fred Pymer said: “All the trophies are prizes that members have won in tournaments and some have been dedicated to past members that have passed away, so everyone will be gutted.”

Fred, 52, opened up the clubhouse at around 8.45am on Monday and discovered the mess inside.

“It looks like they tried all of the doors and then smashed one of the big windows to get in and we are still clearing up the glass,” he said. “They had taken two of our baskets to carry the drink and they had even taken the rubbish out of the bin and used it.

“We had a big do on Friday so there was lots of extra alcohol. It looks like they have come round the back. It’s quite a remote location. The only thing behind us is the A1, so nobody would have been able to see.”

Northumbria Police’s Neighbourhood Inspector for the area, Dave Garrick said: “We had a spate of offences reported on Monday which we believe have happened over the weekend, at this stage we think they may be connected.

“We're carrying out enquiries to trace the person or people responsible and would urge anyone with information to contact us.

“Residents should make sure sheds are locked with a sturdy lock at all times and that anything of value inside is also attached to an immovable or heavy object. Be vigilant and report any suspicious or unusual vehicles or people to police straight away.”