The "Rose and Fowler Rule" introduced by the USGA for Congressional 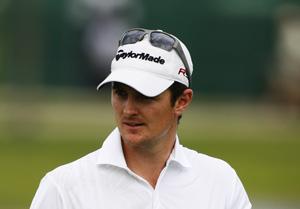 US Open organisers have changed their exemption criteria for this year’s tournament. Dubbed the “Justin Rose and Rickie Fowler Rule” by some observers, the new conditions will reflect world ranking points gained more than money earned on the 'order of merit'.

Ahead of the 2011 US Open at Congressional Country Club in Bethesda, Maryland (June 16-19), players will have an extra opportunity (via ranking in the world’s top 50 on the eve of the event) to gain full exemption for the second major of the season, according to the United States Golf Association which runs the event.

From 2012 onwards, however, exemptions based purely on earnings from the PGA Tour, European Tour and other professional Tours around the world, will be eliminated.

“Our mission is to always provide the most competitive fields for our national championships,” Tom O’Toole, the USGA’s chairman of the championship committee said.

“We regularly review our exemption categories and believe the changes we will implement in 2011 and 2012 will lead to stronger fields and more exciting championships.”

“This change was in direct response to the unfortunate situation that has occurred in the past where a few of the top 50 players missed playing in the Open due to the timing cut-off required for sectional qualifying,” O’Toole said. “For instance, last year both Justin Rose and Rickie Fowler were victims of this scenario.”

Last year, England’s Rose won his maiden PGA Tour title at the Memorial tournament, where American Fowler finished second but they each climbed into the world’s top 50 two weeks after the US Open cut-off.