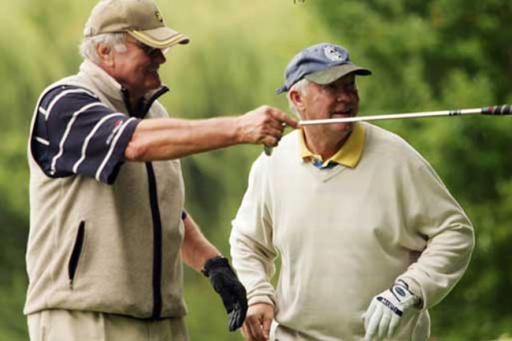 Sir Alex, who has just retired, was presented with his title at the Gala Dinner to mark the resort’s re-launch last month following a £6 million makeover.

Ferguson, a keen golfer, has been an active member at Mottram Hall for a number of years and is one of the many sporting stars to regularly play on the par-72 championship golf course.

Daniel Hodson, De Vere Director of Golf said: "An association with someone who has achieved so much and been so ever-present is testament to the grand plans that we have for the resort."

“His achievements at Manchester United and throughout his career are unlikely to ever be matched and we are honoured to have him on board," added Hodson. "He has seen a number of changes and upgrades at Mottram Hall since he first started playing here, and he will be the perfect ambassador for the resort going into the exciting summer season."

The announcement comes ahead of a big summer season for the resort, as it prepares to host the ISPS Handa PGA Seniors Championship for the first time from the 6-9 June.

You can win a place in the Pro-Am by entering here.