Six of the Best... golfing spats 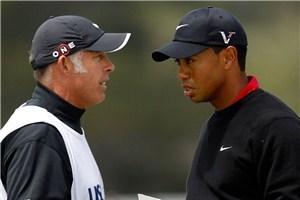 They are the two most recognisable faces in British golf. And they can’t stand one another. It’s never pretty when two egos clash and the simmering feud between Sir Nick and Monty has escalated over the past three years.

Monty had been chipping away at Faldo’s apparent hopeless captaincy almost from the moment the last match finished at Oakland Hills in 2008. He was upset as wildcards were dished out to Paul Casey and Ian Poulter.

The Scot, feeling as though he would have made some difference to the 16½-11½ defeat, then upped the ante in the lead up to captaining the Europeans at Celtic Manor last year, by not seeking Faldo’s advice.

Naturally, someone with the Englishman’s self-regard could not allow that to pass without comment, so Faldo, who works as a CBS analyst, used his position to get his own back.

The Englishman told viewers about how Ian Poulter got into golf after watching him play in the 1993 Ryder Cup.

“He also got a signed ball from Monty,” Jim Nantz, his fellow commentator pointed out, clearly unaware the worst thing you could do to Faldo when he is basking in his own glory is to bring up Monty.

“Can’t have everything in life, I suppose,” said Faldo. “Monty’s too busy these days cutting my head off to try to make himself look taller.”