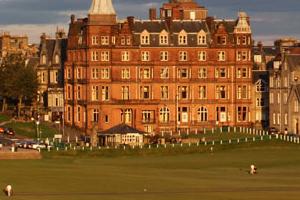 St Andrews Links Trust, the body that runs the courses at The Home of Golf in Scotland has been successful in taking legal action against a similarly-named facility in Dunedin, Florida, even though it has been used for golf since 1960.

Last year the City of Dunedin and course managers Billy Casper Golf received a demand of $75,000 from St Andrews Links Trust in Scotland to prevent them using its name and the image of the Swilcan Bridge.

A cash-free settlement was reached with the agreement that the US golf course change its name, stop using St Andrews Links trademarks and transfers its website domain name (www.saintandrewslinks.com) to the Trust.

The palm-tree-flanked course in Pinellas County — soon to be known as Dunedin Stirling Links Golf Course — is made up only of par-3 holes and is popular with beginners.

Dunedin, twinned with Stirling in Scotland, was founded by Scottish settlers but lawyers agreed that it was wrong to use its name and depictions of the Swilcan Bridge in connection with golf-related goods and services throughout the world as it 'would constitute trademark infringement and unfair competition.'

While the name remains on the Dunedin golf course's website until April, a note states that "Saint Andrews Links (FL) is not in any way affiliated with St Andrews Links of Scotland."

St Andrews Links Trust's new chief executive Euan Loudon comments: "St Andrews Links is recognised around the world as the Home of Golf. It is a national asset for Scotland, and St Andrews Links has a duty to protect St Andrews' name and the reputation of its world renowned golf courses."

He adds: "The Swilcan Bridge is also an important part of this identity and we cannot allow it to be exploited.

"We appreciate that the City of Dunedin may have had innocent intentions and that is why we have reached an amicable agreement with them to resolve the matter."

Dunedin mayor Dave Eggers  said: "I believe the name on the course has been there for over 50 years, and to my knowledge has never had any issues with St Andrews in Scotland."

"We were very surprised when they approached us on this 'infringement' and  andthought it was a misunderstanding. When we realised they were serious we contacted a special attorney."