Tiger Woods: 10 things we learned at the Masters

More mellow, still competitive and still fond of pyscho-babble - what we learned about Tiger 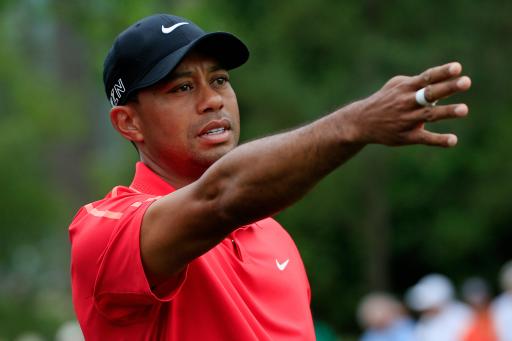 Tiger Woods's return to golf at the Masters suggested there are still plenty of twists to this tale despite the critics writing him off.

Woods, 39, showed he can still play at the highest level and hinted of better things to come.

Here's what we learned at Augusta:

Tiger is back, kind of

Some thought he would embarrass himself, many thought he would do well to make the cut. Woods’s return at Augusta after a two-month lay-off to address a game in dire straits was fraught with danger. If he did flop, where would that leave his career?

But Woods overcame the obstacles and his tied 17th place was impressive, even if Augusta has always been a happy hunting ground. That he was tied fifth, albeit 10 back, after three rounds was better.

Tiger Woods: 'It's finally there'

So is he ready to take to the PGA Tour? “Not going to be for a while,” he said. “I have a little time off, and go back to the drawing board, work on it again, and refine what I'm doing.  I really like what I'm doing, I got my distance back, and everything is good.”

No death stares, no one-word put-downs, some thoughtful answers, liberal smiles and a couple of jokes. The Tiger Woods that the inner circle speak of did its best to come out at Augusta.

Seeing him at the par-three contest - his first appearance since 2004 - with girlfriend Lindsey Vonn and kids Sam and Charlie reinforced the new touchy feely Tiger.

Perhaps an acknowledgement that he is closer to the end than the beginning, but certainly a softer side that the serial winner of yore wouldn’t have exposed.

Read more: Seven things we learned from the Masters

Earlier this season Woods set the world abuzz with talk of “glutes not firing”. Now everything is about being stuck between two release patterns. He is referring to the swing changes made by new coach Chris Como last year, but

“It was very telling that I was stuck right between two release patterns,” he repeated, to anyone who would listen, about his early-season woes.

“So I just needed to make sure that I got into the release pattern that we wanted to get into, and once I did, then I just had to hammer it out and make sure it was ingrained.”

Shooting Augusta: Day in the life of a Masters snapper

He doesn’t have the yips

Woods first demonstrated a chipping weakness at his own Hero World challenge back in December, and carried on where he left off on his return earlier this season. “He’s got the yips,” came the cry. Many observers said Augusta would chew him up and spit him out if he was afflicted by the mysterious mental ailment.

But Woods, who said he worked his ”ass off” during his self-enforced break, once again proved his doubters wrong. His short game was impressive and saved him on a number of occasions. It was the long game that was off.

In his heyday, Woods’s putting was almost supernatural. Monster birdie putts and critical par saves took him to many victories but of late the touch has deserted him. At Augusta, Woods was near the upper echelons of the putting stats with an average of 1.58 putts per hole, the same as joint runner-up Phil Mickelson. Jordan Spieth ranked third in putting, with 1.5.

Woods still complained of missing some critical ones (who doesn’t?), but it was better than it has been.

But he still can’t drive straight

Woods, long since shorn of his prodigious length compared to his peers, has always struggled with accuracy off the tee and he hit only 54% of fairways at Augusta, compared to the field’s 66%. In the final round he only hit two of 14 fairways, excluding the par threes. Release patterns, no doubt.

He remains the eternal optimist

“Tiger, what are your realistic goals?” he was asked early on. “I’m here to win,” he fired. Of course. Woods opened with rounds of 73, 69 against leader Jordan Spieth’s 64, 66, but like the knight from Monty Python’s Holy Grail, Woods refused to accept he was beaten.

”I'm still right there,” he said. “I'm 12 back, but there's not a lot of guys ahead of me.  And with 36 holes here to go, anything can happen, you know.  '96 [when Faldo overhauled Norman’s six-shot lead] proved that.” Turns out, it didn’t happen for Woods, but it showed his competitive streak is still strong.

Woods likes to “rock out” in practice

A viral video of Tiger bopping away while chipping in the Augusta practice lawns begged the question, what was the tune? “Hip hop,” replied Woods, before revealing he has a playlist of 300 songs which he plugs into for those interminable hours on the range.

“I used to make my own cassette tapes,” he said. “And then they had the Disc Man.  They didn't have a holder for the waist, so I took one of the cassette holders and took that off and epoxied it to the Discman and listened to my discs as I practised.”

Tiger can perform surgery on himself

Perhaps a function of his Navy Seal training forays, it’s not unheard of for people to put back dislocated fingers or shoulders. Mel Gibson did it all the time in Die Hard. But in the Masters? Woods damaged his wrist blasting out from the pine straw on the ninth on Sunday. Here’s the interview transcript:

Q.  How are you feeling?
TIGER WOODS:  A bone kind of popped out and the joint kind of went out of place, but I put it back in.

Woods’s agent Mark Steinberg has since confirmed, “the wrist is fine”. The back injury that kept him out for most of last year also appeared no trouble.