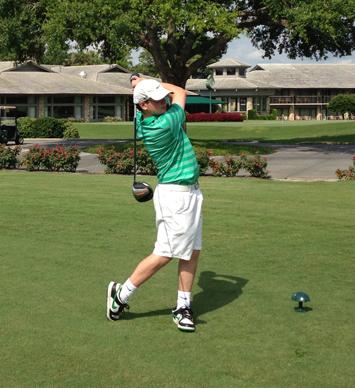 MARC BRENNER has become the UK's youngest golf professional after turning pro at the tender age of 17.

The teenager from the West Essex Golf Club will begin his career in May 2014, after finishing his studies at Epping Forest College.

It's been a busy summer for young British golfers with Aadam Syed winning the European Junior Golf Championship and Matthew Fitzpatrick winning the US Amateur Championship, while also being awarded the Open Championship silver medal.

Brenner began having lessons at the age of five and two years later was given an official 54 handicap and has since played for Essex and Britain.

“Turning pro was a massive moment for me,” he said. “I’ve been gearing up to this for my whole life so I’m just so glad to have turned professional and to be recognised by the PGA feels amazing.

“It’s such a relief. It means I’ll be able to put everything into it, it’s my job and I can earn money to support myself. Hopefully it’s the start of something really special.

“My dream is to play on the PGA Tour and European Tour – that’s what I’ve always wanted to do ever since I started watching golf on TV.

“Augusta is my dream, if I could play at the Masters and win the green jacket that would be amazing. It would mean that all the work had been worthwhile.”

Brenner practises on his game for 42 hours every week and feels Luke Donald's approach to golf is one that he would like to emulate.

“I really admire Luke Donald’s game,” he said. “Like me he’s quite small in stature and he doesn’t try anything too difficult – he keeps it simple and I like his demeanour, he’s very calm.

“I don’t try and be too aggressive or try things that are unrealistic. I play a strategy game.

“I love golf, I only ever feel comfortable with a club in my hand. It’s all I talk about and I love the challenge – the different shots, the different courses – I love everything about it.”

Brenner was allowed to play at the home of golf when he was just seven.

“There’s a rule at St Andrews where you have to carry your own bag,” he said. “But because I was too small to carry it, I had someone carry it for me.

“So I was seven years old, playing at St Andrews, with someone carrying my bag. It was fantastic.”

Is 17 too young to turn professional? Let us know your thoughts in the discussion box below or tweet us @Golfmagic