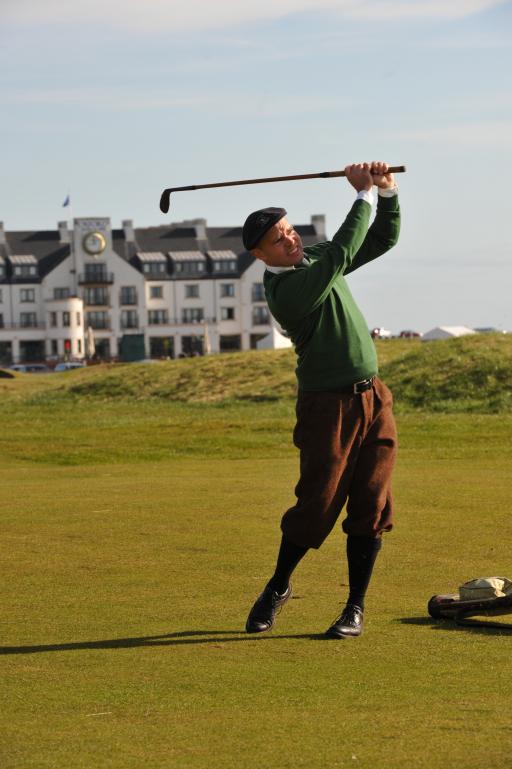 Rick Valentine, the Director of Golf at the Loretto School Golf Academy, clinched the 2012 World Hickory Open Championship over the Monifieth and Carnoustie Burnside courses.

Valentine, who carded rounds of 75 at Monifieth and 81 at Canoustie Burnside to tie tie 2010 champion Perry Sommers on 156, defeated his Australian rival on the sixth hole of a sudden-death playoff.

Under the rules of the competition, competitors must use either clubs made before 1935 or replicas of clubs manufactured before that date.

The event turned out to be a successful one for Loretto Golf Academy, based in Musselburgh, because Valentine also teamed up with two of his pupils George Sutherland and John Dunn-Butler to win the concurrent team prize.

Valentine - whose grandmother was the legendary Jessie Valentine who won three British and six Scottish ladies’ titles between 1937 and 1958 - has been a regular competitor in the World Hickory Open Championship since 2006.

“It was wonderful to see so many golfers playing on the links in 1900 golfing garb with traditional golfing equipment,” said Colin McLeod of Carnoustie Links Management Committee.

“In addition, it was good for Carnoustie Burnside to receive a share of the limelight. With its close proximity to the Championship course, the Burnside tends to be overshadowed but it’s a great golf course with almost 100 years of golfing history, which I’m sure the hickory golfers appreciated.”

If you have had the privilege of playing either of these courses, then why not write your own course review for the chance to win a GolfBuddy Platinum or Voice? Follow @Golfmagic and like our Facebook page for all the latest golf news.