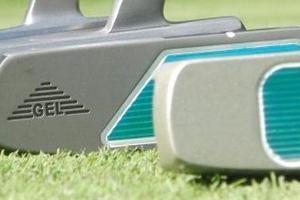 Almost half of the shots we play in a round of golf use a putter. Hardly a secret, but it’s a ridiculous stat when you think about it. And what do we do about it?

We spend hundreds of pounds and devote many hours to being custom fitted for drivers, fairway woods, hybrids, irons and wedges – but rarely putters. Why is that?

So to answer my own question I sought out Matt Johns at the London Putting Academy at Royal Blackheath Golf Club to learn more about my putting stroke and get a fitting.

Blackheath’s magnificent clubhouse stands in an intimidating manner over the first tee with lovely views out across South East London. And just a few steps away is a small, unassuming pro shop featuring Matt’s world-class putter fitting centre.

“It can be difficult to accurately assess your putting,” he tells me, “as many of the factors affecting the golf ball can't be seen by the naked eye.

“Does the ball have any side spin? Does the ball roll, skid or have backspin as it leaves the putter face? Is the ball being launched at the correct angle, chipped into the air or hit into the ground at impact?”

He reveals: “Your ability as a putter will be affected by these factors, so being able to measure them during both putter fitting sessions and stroke mechanics sessions is crucial because ultimately how the golf ball leaves the putter face is the most important thing.”

The ideal putt, he says, leaves the face with ‘Neutral Ball Roll’ which is broken down into consistent pace, less than 10rpm side-spin, positive and immediate forward rotation, launched at an angle of between 1 and 1.5-degrees and achieves ‘true roll’ within 10% of its total length.

Matt introduces me to the sophisticated Quintic Ball Roll software and I spend a few minutes trying to get my head around it.

“Quintic Ball Roll is a computer programme which allows us to measure your current putter for its suitability. A camera recording at up to 260 frames-per-second analyses iwhat the ball is doing and whether it has been pushed or pulled,” he explains.

“Over a session of 20 putts with average data and a consistency value being produced it will give a current understanding of your putting strengths and weaknesses. You can get closer to achieving a consistent Neutral Ball Roll by fitting the correct putter to match your stroke.”

Feature continues. Click here to see how Alex gets on with his putter fitting.