Westwood WILL play at Celtic Manor

World number three's management team insist he will be fit 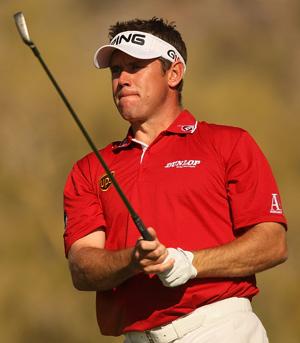 On the back of Paul McGinley outlining his concern for Lee Westwood’s injury problems, the world number three’s management team have been quick to reveal he is “ahead of schedule” in his recovery to be fit for the Ryder Cup.

The 37-year-old ruptured his right calf at the French Open in July and has only completed one tournament – the Open at St Andrews – since.

“Lee will be at the Ryder Cup,” a spokesman for International Sport Management told the BBC. “He is a few days ahead of schedule and everything is progressing very well.”

Westwood, battling to be fit for his seventh Ryder Cup campaign, pulled out of the WGC-Bridgestone Invitational and subsequently missed the USPGA Championship.

He will return to action at Archerfield Golf Club next week in a charity event hosted by Ryder Cup vice-captain Darren Clarke and cricket hero Ian Botham.

“Lee started chipping and putting last week and is hitting up to five irons and there have been no setbacks,” continued the spokesman.

“On Friday week he will be playing 36 holes just to make sure he is capable of playing two rounds in one day if he is called to do so in the Ryder Cup.

“Everything is going according to plan. He is in the gym every day. He’s confident he will be ready, he was confident when he stopped playing last month that he would be.”

Now we wait to hear from the man himself…