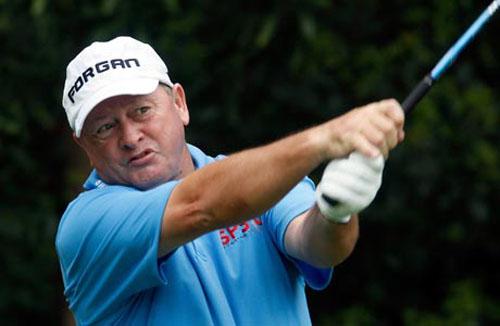 Ian Woosnam has confirmed he will take part in this year’s British Par-3 Championship at Nailcote Hall in August.

One of the most successful European golfers of the last 50 years Woosnam has won 48 Tour titles, including the 1991 Masters, and captained the Ryder Cup team to victory in 2006.

And managing director Matthew Hayes struggled to hide his delight.

“Ian Woosnam playing at this year’s event reflects the ongoing ambition of the championship,” he says. “We are looking forward to four days of action packed and entertaining golf.”
Course owner Rick Cressman adds: “I’m excited at the prospect of seeing a Masters champion take on the Cromwell Course with Tony Jacklin linking up with one of his former players from the Ryder Cup.”

Throughout his career, Woosnam’s legendary fiery competitiveness made him a formidable opponent, forming partnerships with Sam Torrance in 1983 and Paul Way in 1985.

In 1987, an inspired pairing of Woosnam and Faldo proved instrumental as Europe strode to their first victory on US soil at Muirfield Village, Ohio.

Since turning professional in 1976, Woosnam has been successful in every decade of his near 40 year career and is still at the top of his game.

He now combines a thriving course design business with his playing commitments, finishing the 2011 season in fifth place on the Senior Tour Order of Merit, suggesting he will be one of the toughest competitors at Nailcote Hall in August, when Bristol Seniors Tour pro Andrew Sherborne defends his title.

The event, hosted by Tony Jacklin over the spectacular short course between August 7 and 10, has attracted many legends of the game over the years, including Max Faulkner, Tommy Horton and Gary Wolstenholme.