Golfmagic catches up with Bernd Wiesberger 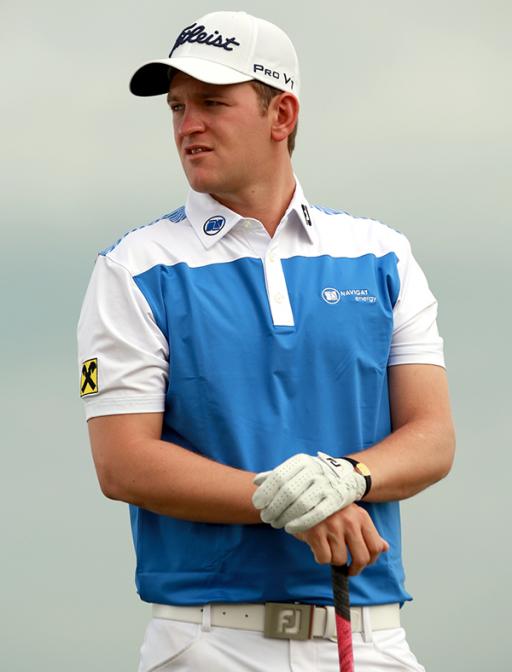 Bernd, thanks for taking the time out of your schedule to speak to Golfmagic. First things first, how would you assess the state of your game right now after several events of the 2014 European Tour season?

For the beginning of 2014, I wasn’t able to play on a regular basis due to holes in my schedule and my decision to skip the South African tournaments. However, I am now getting closer to how my game was in 2013 and am now looking forward to a more compact schedule and playing more tournaments on the European Tour.

Currently 26th on both European and World Points List, how confident are you that you'll make the European Ryder Cup side at Gleneagles later this year?

I am hoping to have a few good weeks and to improve my performance so that I have a better chance of making the team. Over the last few tournaments I have slipped back so I need to improve on this, looking at Victor Dubuisson as an example. I am looking forward to the challenge and am hoping to perform well over the next few weeks.

2012 was arguably your greatest season to date on Tour with two wins in the space of three months. How much did it mean to you to win on home soil at the Lyoness Open?

Winning in front of my home crowd was an extremely special moment and the best moment of my career to date. For any golfer it is a great honour to win on your home soil in front of family, it’s a moment I won’t ever forget.

Obviously you're now one of the biggest stars on the European Tour and enjoying all the perks that come with that, but could you give us some idea how tough the journey was to get there, particularly going through Q-School and Challenge Tour?

Personally, I saw the process as a huge learning curve and an important one for the development of my game. It taught me how to play under difficult circumstances and under pressure with the opportunity to win big events. I firmly believe that if you can win there it gives you the confidence to win on the European Tour.

So what's in your Titleist bag this season?

I have been using the new Titleist range since Gleneagles last year and have found the switch very easy as they are still high performing and very easy to wear in. It only took me a couple of weeks to decide to switch.

And what do you make of your new FootJoy apparel this season?

I am very happy playing in FJ clothing again. It is a high performing brand and it always helps me perform to my best. I am very happy with their support. In terms of footwear, I prefer the more classic FJ icon shoes which I have used for as long as I can remember and which I have personalised through the “MyJoys” section of the FJ website.

Could you give us a grade for each part of your game right now for driving, iron play, wedge play, bunker play and putting.

Which part of your game are you trying to improve the most to take your game to the next level?

I am currently working on my putting with Damien Taylor which is helping greatly and is taking the most focus during my practice hours.

Is your goal to one day become a PGA Tour member or do you have your FJ Icons firmly on the ground in Europe?

Who are your best pals on Tour and why?

What's been the funniest moment since you've been on the European Tour?

Out at the NH Collection on the European Tour last week, when Marcel [Siem] shouted “FORE!” when I hit a ball down the middle of the fairway whilst there was loads of TV cameras around.

Could you give us some idea of what you're really like when the Oakleys are off and the Titleists are in the garage. How does Bernd like to unwind?

By spending time with friends back home as I’m away so much, it’s important to spend time with them and family.

And finally, a quick-fire round so we can get to know you a bit better. Favourite song?

Happy Gilmore and Caddyshack. I can't separate them!

You can watch one film for the rest of your life...?

Who would you choose to play you in a movie of your life?

You can take one thing to a desert island, what would it be?

Will they beat my beloved Manchester United on Wednesday?

Do you play any other sports?

Play in a second league basketball team with my friends