Golf Ireland believe that golf club members should have priority access to tee-times at their own courses, which re-opened on Monday. 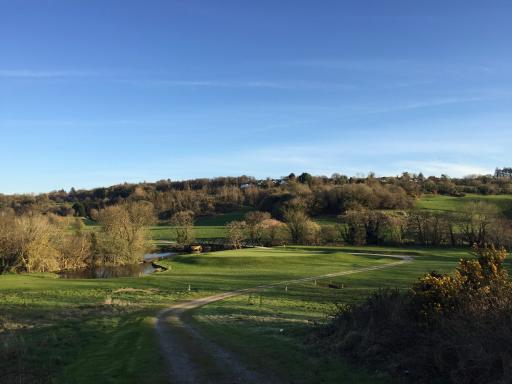 Two golf clubs in Ireland have hit back at Golf Ireland's ruling that only members may play at their golf clubs with visitors prohibited.

As reported by independent.ie, Jack Chambers, the Minister of State at the Department of Tourism, Culture, Arts, Gaeltacht, Sport and Media, said in a written response to a question asked to him that "public health regulations do not draw a distinction between members and non-members in the case of golf."

This has been met with opposition from The European Club in County Wicklow and Ballyliffin Golf Club in County Donegal, who believe visitors should be allowed to play at their courses.

Golf Ireland are of the view that members should have priority access to their clubs, which opened again on Monday when restrictions were lifted, as they have remained supportive through such a difficult period in the pandemic.

But The European Club have said they will defy Golf Ireland protocols and welcome visitors, as long as they adhere to the government restrictions where they cannot travel over 20km to the golf course from their home.

"They (Golf Ireland) have been encouraging people to buy club memberships and so gain playing rights," said Pat Ruddy, the owner of The European Club.

"But the same people, they say, cannot play on a guest fee!"

The European Club, located at Brittas Bay in County Wicklow, will charge €90 in May and June, which is significantly lower than their usual summer fee of €230.

"Have Golf Ireland been acting in the best interests of clubs?" said Farren.

"Saying they were protecting members playing rights is a feeble attempt to cover up their misrepresentation of government regulations and trying to enforce unnecessary restrictions on clubs who, it seems now, had every legal right to accept visitors."