Golf Betting Tips: Our BEST BETS for the 2021 Open Championship

After two years of waiting, the Open Championship is back in 2021 and Royal St. George's will be the scene of the hotly anticipated tournament. 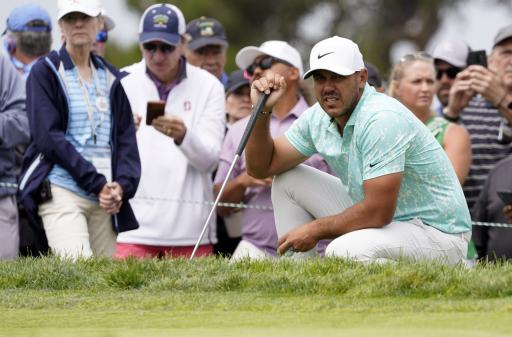 Now that every qualifying route and every place has been filled, we finally have the final field for the much-anticipated 2021 Open Championship.

Royal St. George's is set to play host to a mesmerising week of golf, just like it has before when Darren Clarke won his first major title in 2011.

After another good finish in the Scottish Open, Jon Rahm is the strong favourite to win back-to-back major championships, but we believe there could be a strong challenge from the home nation.

The Sandwich-venue is set to be no pushover and the course will be beaten by players who have strong major championship experience and a mentality that will help them navigate this tricky links course.

Brooks Koepka is a major championship machine and that is a fact. Since 2016, his combined score to par at major tournaments is 84-under-par which is 63 shots better than Dustin Johnson and Xander Schauffele.

In 2019, the four-time major champion came tied fourth at Royal Portrush and he came tied sixth in 2017 as well, so he has knocked on the door a couple of times on the links of the UK.

18/1 is a mouthwatering price for a player who is capable of blowing away any field and his record at major championships shows that he will always have a chance.

There is a great chance that Tyrrell Hatton could lead the home charge at the Open this year. He finished in tied 18th place at the Scottish Open last week, which is a good warm-up for Royal St. George's.

The 29-year-old finished tied sixth at Royal Portrush in 2019 and has made four top-10 finishes in his last 16 events on the PGA Tour. The Kent venue could suit Hatton down to the ground and at 30/1, he could be a great value bet.

As a major champion, Justin Rose is always capable of turning back the clock, as he almost did in 2018 when he finished just two shots behind Francesco Molinari at Carnoustie.

The 40-year-old finished seventh at The Masters and tied 8th at the PGA Championship, so it is clear that Rose has the mentality and shotmaking ability to consistently challenge at major tournaments.