How will Bryson DeChambeau get on at Royal St. George's this week? 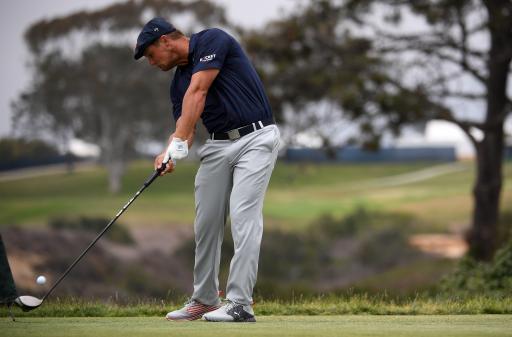 Bryson DeChambeau has played at the Open Championship on three occasions. He has missed the cut twice and finished in a tie for 51st place in 2018.

However, the 27-year-old is a different beast in 2021 and has an entirely different approach to his golf since his last appearance at The Open in 2019.

Since missing out on weekend golf at Royal Portrush, the powerful American has won three times on the PGA Tour including his first major victory at the US Open last September.

There is no question that DeChambeau has improved as a result of his relentless gym work and building of muscle, he has dwarfed courses and given himself an advantage over the rest of the field.

All the signs suggest that DeChambeau should be able to nullify Royal St. George's with his monstrous length, but is links golf as easy to conquer as PGA Tour venues?

Links courses can be extremely tough at the best of times. Good shots can be punished by undulating hollows and bumpy fairways, which you will find in abundance at Royal St. George's.

You will find pot bunkers, you will find thick rough and you will find extremely testing lies in the fairways. In my opinion, a course such as this one in Sandwich is not one where power and a high ball flight will be favoured.

This could prove to be completely wrong, as we have seen big hitters achieve success at The Open such as John Daly, Tiger Woods and Rory McIlroy.

But in these cases, they weren't trying to knock the spots off the golf ball whereas it looks as though this is DeChambeau's aim every time he tees it up.

It will be an incredibly exciting week if the eight-time PGA Tour winner was in contention, but don't be surprised if his style of play proves to be incompatible with links golf.

NEXT PAGE: GOLF BETTING TIPS: OUR BEST BETS FOR THE 2021 OPEN CHAMPIONSHIP