John Daly was offered HUGE MONEY to "TANK" the 1995 Open! 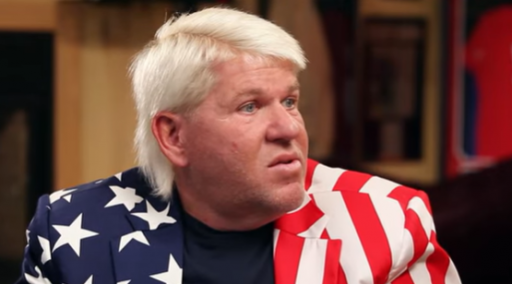 John Daly has revealed in an interview with Graham Bensinger how someone asked him to "tank" the 1995 Open Championship at St Andrews in return for $1 million.

In the midst of a middliing season some 16 years ago, Daly went on to win The Open with playoff victory over Costantino Rocca on the Old Course at St Andrews. Daly was 1-under par in the 4-hole playoff, with Rocca at 3-over par.

WATCH THE VIDEO INTERVIEW BELOW

"It was a very short conversation," Daly told Bensinger when quizzed about someone asking him to throw away The Open prior to the final round at St Andrews.

"People come up to you and say 'can you beat this guy at the British Open, and can you beat that guy?' I'm going I dunno'. They say 'well I'm putting money on you'. I say 'I don't care, don't get mad at me if it don't work out'.

"But I'm sure I'm not the only player it's ever happened to. I didn't know whether to report it to the Tour or whatever, but you're not going to convince me to do one thing or another. Golf has too much integrity involved."

WATCH: RORY MCILROY HITS A BALL BOY AND THE BALL GOES INTO THE CUP AT THE OPEN!

John Daly
Tiger Woods
The Open
PGA tour
bryson dechambeau
Previous
Rory McIlroy HITS A BALL BOY and the ball goes IN THE HOLE at The Open!
Next
Dustin Johnson SMACKS a course marshal on the BACKSIDE at The Open