A major title still alludes Lee Westwood, but he has been one of the world's best players for over 20 years. 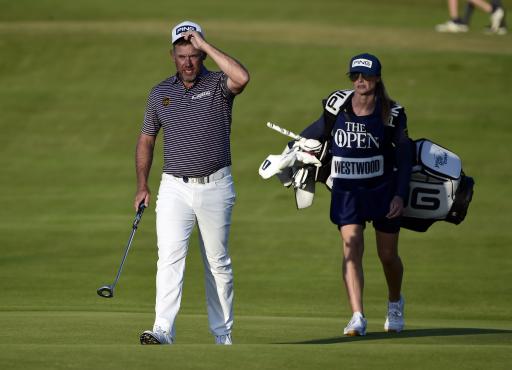 As Lee Westwood finished his fourth round at The Open Championship on Sunday finishing in a tie for 59th place, he set a new major tournament record.

The 48-year-old has now played in 88 major championships without winning one, surpassing the record that was previously held by the American Jay Haas.

Westwood is arguably the best player in the modern game not to get over the line in a major tournament and he has had many close calls at The Open Championship.

Although this is a milestone that the Englishman may not want, it is one to be proud of as he has shown unprecedented longevity and consistency in a career that goes back to the 1990s.

Too chicken to tag me in eh!

Off the back of setting his new record, the 42-time international tournament winner responded to a tweet from Justin Ray who announced that Westwood had officially set the new winless major run.

Westwood responded with a tweet of his own, saying that Ray should have tagged the man from Worksop in his original tweet.

The exchange on social media was in good taste. Ray went on to tweet that it is a great sign of longevity and he wouldn't be surprised if Westwood was to finally get his major win.

Many golfers would be grateful to have the career that Westwood has had. As well as 42 wins worldwide, he has two wins on the PGA Tour and made 10 consecutive appearances for Europe at the Ryder Cup from 1997.