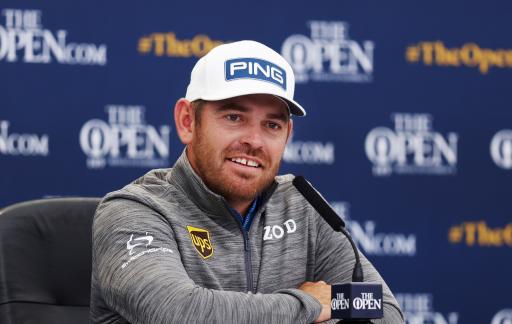 Louis Oosthuizen stretched his lead to two shots on day two of The Open Championship at Royal St George's thanks to a steady round of 5-under 65, but a host of other big-name players remain hot on his heels heading into the weekend.

Oosthuizen, who won The Open at St Andrews in 2010 for his sole major championship to date, held the first-round lead after a brilliant 6-under 64, though he would find himself three shots off the pace when starting his second round as Collin Morikawa had surged to 9-under par.

The South African soon resumed control of the tournament, however, when rolling in back-to-back birdies at 12 and 13 before going one better when draining a superb eagle putt from 20 feet at the par-5 14th.

Oosthuizen handed a shot back at the par-3 16th, which had been playing one of the easier holes on the course on day two, but he would par the final two holes to remain out in front on 11-under par thru 36 holes.

Morikawa, who won the US PGA Championship in only his second-ever major start last year, finds himself two shots back after a superb 6-under 64.

The talented 24-year-old American now sets a new record for the lowest 36-hole from an Open debutant.

Jordan Spieth (67) held a share of the lead for a brief period when rolling in a birdie at the 12th but he would hand that shot back with a bogey at the 15th and fall back to 8-under par in solo third.

Defending champion Shane Lowry is a further shot back on 4-under after a round of 65.

Rory McIlroy and Bryson DeChambeau once again failed to fire on day two with rounds of 70, but they narrowly made the cut on level-par and 1-over par respectively.

Rickie Fowler also just made the cut on the number at 1-over par despite slipping back with a round of 72.