Royal Portrush is set to host The Open Championship in 2025, which would be the second time in six years. 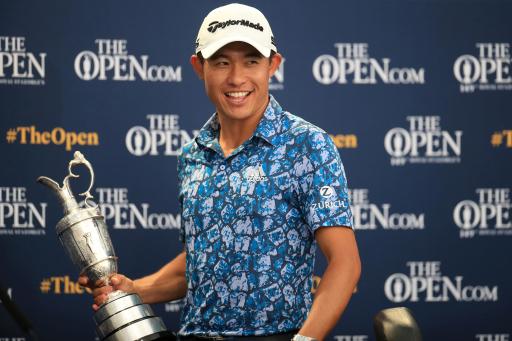 The Open is set to make a triumphant return to Royal Portrush in 2025, marking an exciting new chapter in the history of golf’s original championship and providing another outstanding showcase for golf in Northern Ireland.

The Open generated more than £100 million for the economy of Northern Ireland two years ago, attracting a record attendance for The Open Championship outside of St Andrews of 237,750 fans throughout the week.

More than 5,400 hours of television coverage were broadcast to hundreds of millions of viewers globally as Irishman Shane Lowry performed superbly to become Champion Golfer of the Year and lift the famous Claret Jug.

The return of the championship to Royal Portrush for only the third time in 74 years has been wholeheartedly supported by the Northern Ireland Executive and Tourism Northern Ireland.

"We could not be more thrilled to be bringing The Open back to Royal Portrush in 2025," said Slumbers.

"There will be huge excitement among golf fans around the world to see the best men's players facing the challenge of this magnificent links once again.

"The Open in 2019 was a massive success and showed just how much collective enthusiasm, passion and commitment there is to make Royal Portrush one of the leading venues for the championship and to build a distinctive golf tourism brand for Northern Ireland."

An independent report produced by the Sport Industry Research Centre at Sheffield Hallam University found that The 148th Open delivered a direct economic impact of £45 million to the Northern Irish economy.

Royal Portrush joins a formidable line-up of venues for The Open in the coming years with The 150th Open being played at St Andrews in 2022 and then Royal Liverpool and Royal Troon hosting the Championship in 2023 and 2024 respectively.