The Open: Tiger Woods - What's in the bag?

Take a look what's in Tiger Woods' bag for the 2019 Open Championship at Royal Portrush. 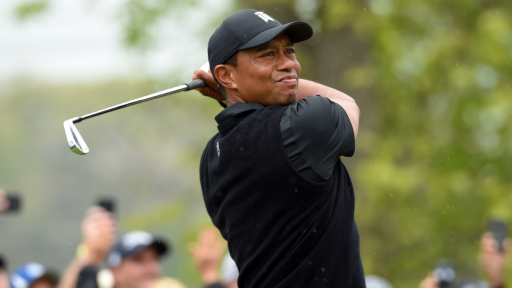 Some thought he never would be, but Tiger Woods is well and truly back. In what was one of the greatest sporting comebacks in history, Tiger Woods claimed his 15th career major when he won the first major of 2019, the Masters. Woods has been out of action since the U.S Open but is back in Northern Ireland in search of his fourth Open title, so what clubs will he use in his attempt to do so?

In the year 2000, Tiger Woods demolished the field at St Andrews in Scotland, winning by eight shots and lifting his first Claret Jug, in what was his fourth major title.

Five years later, Woods made it 10 majors, when he won the Open for the second time, again at St Andrews. Woods would then go on to successfully defend the Claret Jug a year later, this time at Royal Liverpool Golf Club.

After Tiger's 2008 U.S Open win, a long winless drought began and the back problems came thick and fast. We wondered if we'd ever see Tiger back to his best ever again and this year at the Masters, he proved to the world why he is the greatest of all time.

Many backed Woods to go on to win more majors this year, but his performances in the PGA Championship and U.S Open lacked the energy and spirit we saw at Augusta. After the U.S Open at Pebble Beach, Woods announced he'd be taking a break from competitive golf and wouldn't be back until the Open at Royal Portrush.

Can Tiger conquer the links of Northern Ireland and win Open No.4? Check out the clubs he'll be using in his attempt to do so.

Woods has been testing two new clubs during his practice rounds at Royal Portrush. The TaylorMade P790 2 iron UDI is a driving iron that is perfect for the famous Tiger Woods stinger shots that he will be playing at the Open. It is highlylikely that Woods will swap his 19° M3 fairway wood for the driving iron.

He was also seen testing a new putter, which surprised many people as Woods has been using the Newport 2 GSS putter for a very long time and has always made it clear how much he loves the putter.

Previous
The Open: Rory McIlroy - What's in the bag?
Next
Tiger Woods' TaylorMade M5 driver gets TESTED by the R&A at The Open