The Open: Rory McIlroy - What's in the bag?

Take a look at what's in Rory McIlroy's bag for the 2019 Open Championship at Royal Portrush. 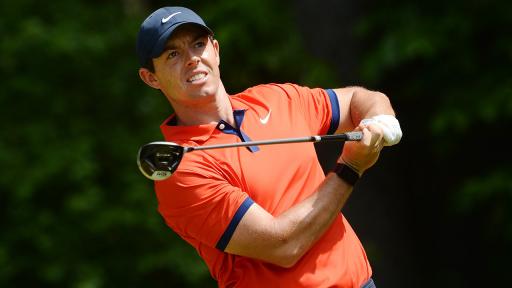 After destroying the rest of the field at the RBC Canadian Open, many tipped Rory McIlroy to win the U.S Open, but it wasn't to be. Well Royal Portrush is a course very close to the Northern Irishman's heart and he's been waiting for this Open Championship for a long time...

McIlroy is yet to find his form in the majors this year and hasn't won a major since 2014, when he won both the PGA Championship and the Open Championship.

There was a lot of pressure on McIlroy to win the Masters this year, as it remains the only major he is yet to win as he looks to join the elite list of golfers to win a career Grand Slam.

McIlroy's performances in both the PGA Championship and the U.S Open were far from his best, yet he still finished inside the top 10 in both tournaments.

The 2019 Open Championship is returning to Royal Portrush for the first time since 1951 and McIlroy certainly knows how to play this course to perfection. When McIlroy was just 16 years old, he set the course record around the Dunluce Course at Royal Portrush, shooting an 11-under 61, beating the previous record by three shots.

So the stage is set for McIlroy this week. He hails from Northern Ireland. He has the course record. He's already won an Open Championship. No wonder he's the favourite to lift the Claret Jug come Sunday. But what clubs will he be using in his attempt to do so?

Previous
PGA Tour WhatsApp group chat tees up the banter ahead of The Open...
Next
The Open: Tiger Woods - What's in the bag?