Billy Horschel finished in a tie for 54th at the Scottish Open last week, as he prepares to tee it up with his new West Ham United golf bag at the Open Championship. 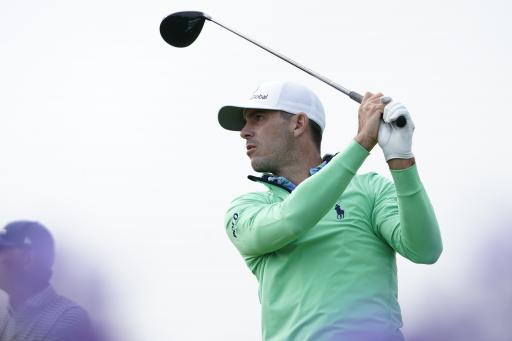 It is always welcoming to see American golfers take an interest in British sport and Billy Horschel is arguably the greatest example of this.

The 34-year-old was speaking to the media at the Renaissance Club last week when he expressed his love for West Ham United and the inspiration for his support.

Horschel won the Dell Technologies Match Play back in March and he will be hoping that his new claret and blue bag will bring him more luck at Royal St. George's.

Ready to rock the @WestHam bag at @TheOpen this week! ⚒⚒ pic.twitter.com/7cURlCmJXB

"This is how an American becomes a fan of West Ham United. When I was in college in my sophomore year, I just got a new TV and my cable wasn't getting turned on for a couple of days," said Horschel.

"I bought some DVD's and one of them was a movie called Green Street Hooligans. It had Charlie Hunnam and Elijah Wood and it was about the firm for West Ham and Millwall, and that whole aspect of beyond the football side of it.

"I just fell in love with it and I watched that DVD over and over and over and we literally just watched it at the PGA Championship - I've been a Hammers fan for over a decade and it's been fun to see the success they've had this past season."

It is often the case that American fans would be drawn to the bigger clubs in English football such as Manchester United or Liverpool, so it is so refreshing to hear of Horschel's interest in a more traditional team.

Green Street Hooligans is certainly a popular film in the United Kingdom as it depicts the country's notorious history of football hooliganism and misconduct.

The six-time PGA Tour winner will no doubt gain a lot of fans this week on British soil, proudly walking the fairways and the dunes with his West Ham golf bag.

NEXT PAGE: GOLF BETTING TIPS: OUR BEST BETS FOR THE 2021 OPEN CHAMPIONSHIP