R&A confirms NO AUTOGRAPHS are allowed at The Open 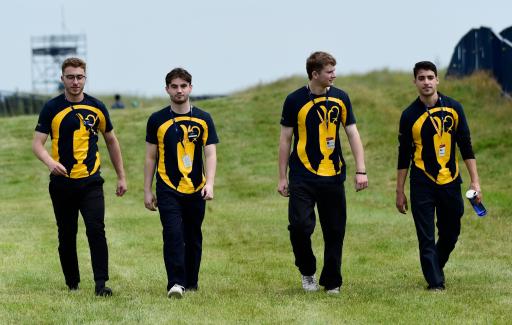 Golf fans might be allowed back at The Open this week but the R&A has confirmed all players competing are to avoid signing autographs as a result of its strict Covid-19 protocols.

In a bid to help prevent the spread of the virus, which resulted in the tournament being scrapped in 2020 due to the global pandemic, the R&A has set out a number of protocols that players and caddies must complete in order to tee it up at Royal St George's.

The increased level of protocols are in stark contrast to the PGA Tour, which has confirmed it will be stopping on-site Covid-19 testing from the 3M Open in two weeks time.

Players and caddies must complete PCR tests before they are allowed into Royal St George's this week, and they must all stay within their own 'exclusive use accommodation at all times (inc. dinner)' when they are not playing on the course or out on the practice area.

They must also fill in a daily health questionnaire before arriving on site each day.

They have also been warned against signing autographs for golf fans and to remain within the 'field of play without swapping from hole to hole' during their practice rounds.

That's not all. The R&A is asking players to not arrive at the venue more than 90 minutes before their tee time. Players who violate such code of contact will be forced to withdraw from the tournament.

A host of players have already withdrawn from The Open this week as a result of the pandemic, including Bubba Watson, Matt Wolff and Hideki Matsuyama.

The Open
R&A
Rory McIlroy
bryson dechambeau
jon rahm
Previous
Bryson DeChambeau brings POWER GAME to The Open for the FIRST TIME EVER
Next
Award-winning Scottish golf club on sale for over £1.4 million