Shane Lowry has won the 2019 Open Championship at Royal Portrush and his first major title. 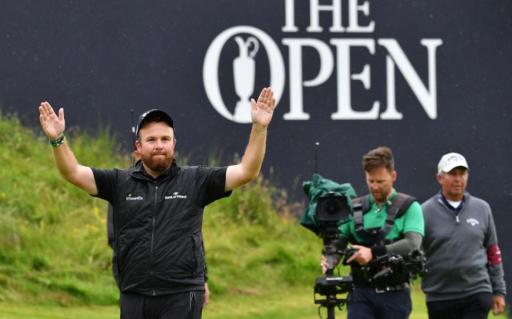 Shane Lowry has won his first major title, after winning the 2019 Open Championship at Royal Portrush. The Irishman conquered the links and fought through the challenging weather that so many struggled with on Sunday afternoon.

Northern Ireland's hopes of an Irish Open Champion looked to be in the hands of Rory McIlroy, only for him to fall at the first hurdle and miss the cut. Hope was far from lost, with Shane Lowry looking comfortable and leading by four shots after 54 holes.

Lowry was paired with England's Tommy Fleetwood for the final round, with Lowry leading at 16 under par and Fleetwood four shots behind. Both players were receiving incredible support from the thousands of spectators, with the local Irishmen cheering on Lowry and the travelling English getting behind Fleetwood.

Brooks Koepka, Justin Rose and Rickie Fowler all felt like they were still in with a chance, especially with the weather forecast set to cause all sorts of trouble in the afternoon.

The wind proved a challenge for everyone and no one was able to make a final-round charge towards Lowry. Rose shot a 79, while both Koepka and Fleetwood both shot a three-over 74.

As Lowry sent his second shot onto the fringe of the green, he put his arms out in celebration and hugged his caddie, as they both knew the job was done.

Walking onto the green with his hat in one hand and waving to the erupting crowd with the other, Lowry couldn't stop his beaming smile, as his wife held back the tears while holding their daughter by the 18th green.

As the crowd regained composure, Fleetwood two-putted for a par and received an enormous cheer from the crowd, who had been behind him all the way. The par for Fleetwood, who is still searching for his first major championship, secured 2nd place, with a score of nine under par.

Lowry's birdie putt finished short of the hole and he tapped it in for par, to win the 2019 Open Championship, his first major title and a prize of around £1.56 million.

The standing ovation applauded their Irish Champion, as Lowry hugged his caddie, before he was joined on the green by his wife and daughter. Fleetwood, a close friend of Lowry, hugged and congratulated the 148th Open Champion immediately and then Lowry celebrated with his parents, who were both crying with joy.

The win for the 32 year old is his sixth win on Tour and his second of the season, following his win at the Abu Dhabi Championship in February.

Shane Lowry then lifted the Claret Jug, as the 2019 Champion Golfer of the Year.