The Open: Shane Lowry - What's in the bag?

Shane Lowry could well be the 2019 Open Champion, check out what's in his bag on his quest for his first major. 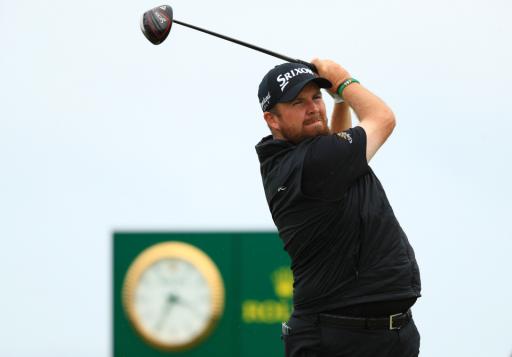 It's so far so good for Shane Lowry, during his final round at Royal Portrush. The course has been the toughest it's played all week, with rainfall combined with strong winds causing problems for the majority of the field on this final day in Northern Ireland.

Shane Lowry's first win on the European Tour came at the 2009 Irish Open, where Lowry won the tournament as an amateur, meaning he missed out on the €500,000 prize.

Ten years on and Lowry now has four European Tour victories to his name, the most recent coming in February earlier this year, when he claimed the 2019 Abu Dhabi Championship.

So far in this year's Open at Royal Portrush, Lowry has looked like he's won multiple majors already, passing every test thrown his way and showing an attiude and maturity of a deserved Open Champion.

Lowry is currently playing alongside Tommy Fleetwood in the final round of the 148th Open and we've seen the hardest conditions all week. The rain hasn't stopped since they tee'd off and the wind is getting stronger and stronger as the holes go by.

Fleetwood has struggled to make a move, as have many others who were chasing the leader, such as Justin Rose and four-time major champion Brooks Koepka.

Lowry still has more tests to come, with the second half of the back nine known to be the most difficult part of the course. The Irishman is one of the best short game players on Tour and knows exactly how to play in windy conditions.

The crowd have been behind Lowry every step of the way, continuing to cheer him on as every single putt drops. An Irishman winning the Open Championship at Royal Portrush would certainly be something very special.

Check out the clubs in Lowry's bag this week, as he looks to defy the odds and win his first major title.