Woods gets off to very poor start at Royal Portrush. 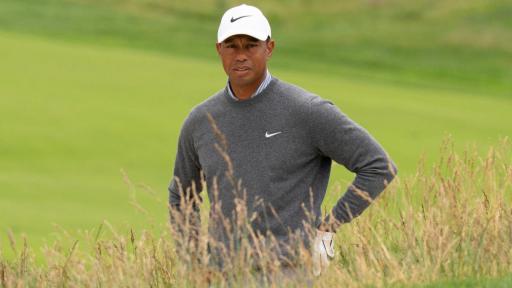 Tiger Woods told the media his game was not where he wanted it to be heading into The Open, and that was clear for all to see as the 15-time major champion went out in 41 shots at Royal Portrush on Thursday afternoon.

Woods was seen grimacing after playing several shots on his opening nine, leading many onlookers such as Sky Sports Golf on-course commentator Wayne Riley to consider the possibility that the three-time Open winner was battling some sort of injury.

The former World No.1 opened with four pars and then bogeyed the fifth, before adding a double bogey at the sixth and another bogey at the seventh.

RELATED: WOODS NOT IMPRESSED WITH STATE OF HIS GAME

Woods made a par at the eighth but then picked up another bogey at the ninth to go out in 41 shots on 5-over par.

He then started his back nine with yet another bogey after sending his approach shot left of the green into the rough.

Woods settled down with a string of pars from the 11th to the 13th but handed another bogey back at 14 to fall to 7-over par after failing to get up and down from the greenside bunker.

Woods remains out on the course as he looks to get himself back into a position to at least make the cut on Friday.

Rory McIlroy posted his worst opening round score at a major with a disastrous 8-over 79.