What's happening at Royal St George's now The Open is off until 2021?

BIGGA chats to Royal St George's course manager Paul Larsen: "I was relieved when the R&A announced The Open would be postponed by a year." 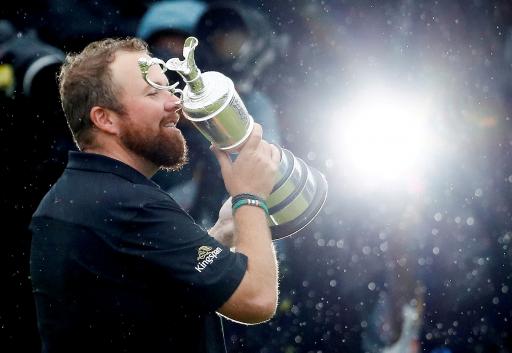 It was supposed to be the biggest year of his career, writes BIGGA's Karl Hansell. Two hundred thousand spectators were due to descend upon Sandwich in Kent and the world’s top golfers were going to contest golf’s oldest major on the links he and his team have spent years preparing ahead of The Open Championship this July.

But then it all went wrong and as we try to find our feet in a pandemic‑stricken world, Royal St George’s course manager Paul Larsen has found himself working 11‑hour shifts, turning back the clock to jump on a mower and keep things in a manageable condition. It’s not how he imagined 2020 going, but then, none of us could anticipate what the year had in store.

When I spoke to Paul, we had just entered the fourth week of the UK lockdown and he had come to terms with the fact he would have to wait another year until his team could celebrate hosting Royal St George’s 15th Open Championship.

By April each year, there are contractors moving onto the site of the host Open venue and grandstand construction is usually well underway. At Royal St George’s the contractors were due to arrive the same week as the lockdown was announced and so rather than the links being filled with pre‑event hustle and bustle, Paul and his reduced team have found themselves maintaining an eerily‑quiet course instead.

“I was relieved when they finally announced that it would be postponed by a year,” said Paul. “I think they were trying to find a way to play it this year and we heard loads of rumours, such as whether we could hold it in September.

“You know what, we could have, but it would have been difficult because of daylight hours. We also don’t know whether all this is going to be finished by September. People’s lives are at risk, the vibe wasn’t right and for me and the guys, we thought the best situation would be to postpone it.

“We were pleased that we actually got it next year, because there was a rumour that we would just miss this year and we wouldn’t have it at all, so in that sense, when they told us it was next year, we were quite pleased.”

Even an Open venue isn’t free of the economic pressures that come with the closure of the course and the restrictions on movement that came alongside the COVID‑19 pandemic. The usual team of 15 greenkeepers and one gardener has been reduced to six, including Paul and a part‑time mechanic, with the others furloughed.

“I don’t want too many people at work,” said Paul. “I want us to isolate, so we’re all doing different things and we don’t come into contact with each other. I’m doing 11‑hour days myself because I live on site and I try and do as much as I can myself.

“The good thing is I’ve learnt to do every single job again. I thought we were going to have a proper lockdown, so I geared myself up to have to do everything myself. I thought I’d better retrain myself and I’ve realised what are the good jobs and the bad jobs! Don’t put me on a rough mower, because I cut the range last week and I hated it. I’ve got a guy who loves cutting the range and I can’t wait for him to come back and start cutting it again, so he’s in my good books!

“I have good and bad days, but I’m so busy that I haven’t had time to think. I’m working 11 hours a day and when I get home, I’ve just enough energy to cook for myself and then I’m knackered and sleep like a log. The hardship for me is I’m not with my lad, Elliott. He lives with his mum and I haven’t been able to see him for a month. We speak on the phone every night, but it’s hard not being able to
see him.

“Out on the course, in a weird way I’ve enjoyed it. The air’s cleaner, you can see there’s less pollution and there’s no point coming home and watching TV, so I just stay out there working on the course. I haven’t had a day off since I can’t remember when.”

On the Sandwich links, growth during April is already minimal, but this was further reduced by a cold north easterly wind at the start of the month. In the first month after the lockdown was announced, Paul cut the fairways just twice. This was done at a height of 14mm, while the greens were cut once in two weeks to a height of 6mm. Tees and aprons were cut to 9mm once every two weeks. Rather than cutting, hand watering is the priority to keep the turf alive.

Throughout his career, Paul has subscribed to a low input method of sustainable course management and it is his belief that this approach has helped ease some of the pressure.

“I’m lucky that I’ve got a sustainable golf course and you know what, now’s the time that everything we’ve been doing over the last few years has come back to help me,” explained Paul.

“Last year I had a course rater come to me and ask ‘why are you overseeding with fescue when it all died in the drought?’ He told me fescue was a thing of the past and I should be using ryegrass. I said ‘We may have had one bad year of drought, but that doesn’t make us give up trying to get the best fescue we can on the fairways and we’ll get it right again’. That is coming to fruition now and the course has needed less feeding, less work and we can survive for longer without essential maintenance on it.

“I take every day as it comes and as long as you’re alive, you can deal with the other things. If they said you can’t cut your course for two months, then you deal with it when you come back and if it isn’t as good as it was when it was at its peak, the members will understand. I don’t think everyone looks at it that way and it may have taken you 10 years to get the course looking how you want it. But you start again, because that’s what we’re paid to do.

“I think the world’s going to change now and when members come back, I hope they’re just pleased to be playing golf again. The things they were moaning about, hopefully they’ll think twice for the future and realise, ‘I’m healthy, I’m alive, I’ve got a beautiful golf course, let’s get on with it’.”

Listen to the full interview on the Green Room Golf Course Podcast.