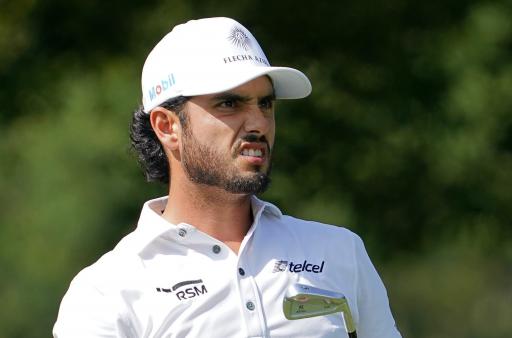 Abraham Ancer has joined Callaway's professional staff in a multi-year agreement. He will play Callaway woods and an Odyssey putter and will wear a Callaway hat in competition.

Ancer, 30, has emerged as one of the top players in the world over the past few years. In 2021, he earned his first PGA Tour win at the WGC-FedEx St. Jude Invitational.

He also finished ninth in the FedEx Cup Standings, all while using a Callaway Epic Speed Driver and an Odyssey Putter.

The Mexican is currently 17th in the Official World Golf Rankings and in fourth place on the International Presidents Cup standings. Abraham will make his Callaway debut this week at the Sentry Tournament of Champions in Hawaii.

RELATED: JON RAHM ON HIS GOLF BREAK: "I REALLY ENJOYED WAKING UP TO TAKE CARE OF MY SON"

"I’m excited to officially join Callaway, and after playing their equipment over the past several years, I feel really confident about making the switch," Ancer said.

"The performance from their drivers is always impressive, their putters are outstanding, and I’ve developed a strong relationship with their tour team. This is a great fit for me, and I can’t wait to get this new year started."

Ancer adds to Callaway’s impressive momentum on the PGA Tour. World No. 1 Jon Rahm won the US Open and Phil Mickelson made major history in his PGA Championship victory.

Callaway continues to be the No. 1 driver brand on major tours worldwide and Odyssey is the No. 1 putter on every major tour.

Yuka Saso, who won the 2021 US Women’s Open at just 19 years old, has also joined the Callaway roster on a multi-year agreement. She has already won 3 events since turning professional in 2019 and is currently eighth in the Rolex Women’s World Golf Rankings.

Saso will make her Callaway debut later this month at the Hilton Grand Vacations Tournament of Champions on the LPGA Tour.

PGA tour
abraham ancer
Callaway
phil mickelson
jon rahm
Previous
Jordan Spieth says Saudi golf events are a THREAT, but can benefit the players
Next
PGA Tour: How and when to watch the Sentry Tournament of Champions