Ben Hogan could have earned $176.7 million on the PGA Tour if he played today!

New Golfer Logic study calculated just how much Hogan's finishes in 300 PGA Tour events between 1932 and 1970 would net him if they had taken place in the modern era... 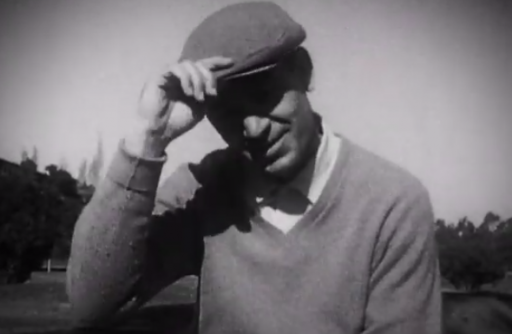 Legendary golfer Ben Hogan could have earned more than $175 million had he played golf on the PGA Tour today, according to a new study by Golfer Logic.

The study calculated just how much Hogan's finishes in 300 PGA Tour events between 1932 and 1970 would net him if they had taken place in the modern era.

PGA Tour records show that the nine-time major champion earned $332,517 on the circuit - which let's face it back then, was still a lot of money!

However, Golfer Logic found that if tournaments had taken place with modern day purses in play, then Hogan could have earned up to $176.7 million.

The study also calculated how much Hogan's actual earnings would be worth with inflation ($3.9 million), and how much he might have earned if his career had spanned the same period as Tiger Woods ($91.8 million).

"For total potential earnings ($176.7 million), we used the latest purses from PGA Tour events, and allocated earnings based on his finish position.

"Where a tournament Hogan entered was defunct, we used a PGA Tour average purse of $7.045 million."

He added: "But this figure was based on 2020 purses, and as PGA Tour winnings have increased exponentially over the past 20 years, did not provide a fair comparison against other players on the all-time money list.

"So we also calculated a 'Tiger era' figure, which had Hogan's early tournament performance earnings less (around 20% of current purses), and increasing over time until they reached modern purses in his final tournament years (1967 and 1970).

"This gave us a figure of $91.8 million, which would put Hogan hird on the all-time money list behind Tiger Woods and Phil Mickelson."

Hogan was born in Texas in 1912 and is considered to be one of the greatest players in the history of golf.

He turned professional in 1930 and recorded his first win on the PGA Tour in March 1940, before going on to win a total of 64 PGA Tour events including nine majors.

Hogan sustained serious injuries in a car accident in 1949, which limited the number of events he was able to play thereafter. However, six of his nine major wins, including the 1953 Open Championship at Carnoustie, were achieved post accident.

His instructional book, 'Five Lessons: The Modern Fundamentals of Golf' (first published in 1957), is one of the best selling golf instruction books of all time.