Billy Horschel is looking to take part in what would be his first ever Ryder Cup in September at Whistling Straits. 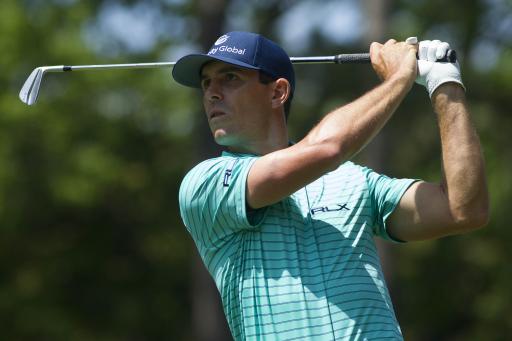 Billy Horschel is hoping to show off his versatility as a team player this week in the hopes of competing in his first ever Ryder Cup in September.

The Zurich Classic of New Orleans returns to the PGA Tour schedule this week and Horschel will be playing alongside rising star Sam Burns at TPC Louisiana.

Horschel has had success in the past at the Zurich Classic and this week, the 34-year-old goes into the event in strong form, having recently won the WGC-Dell Technologies Match Play, helping him climb to 18th in the world rankings.

The former FedExCup winner has achieved some great things in his career so far, but something missing from his CV is representing the United States at the Ryder Cup.

Horschel is currently 12th in the Ryder Cup standings and should he not break into the top six, he will need to be selected by team captain Steve Stricker if he is to secure a spot in the team at Whistling Straits.

Speaking to the media ahead of this week's event, Horschel was asked if the Zurich Classic marks an opportunity to showcsae his skills as a potential Ryder Cup player.

"Yeah, I think my success in some team events and, like I said, over the past years have shown the type of partner I am, but it never hurts to add that, or add to that resume, add to that success," Horschel said.

"As I've said for the last month or so and I've said for a majority of my career I don't really worry about the Ryder Cup and where I stand on points. I mean obviously I want to make the team, it's one of my goals and hopefully before my career's over I make at least one, if not more.

"But if I'm more focused on the points and what where I stand week-in and week-out and how I play affects certain things, I mean then I'm not focused on what I need to do and that's playing good golf and if I can go out and just play good golf and continue the success I've had, then hopefully that will lend me to making a team and that would be great whenever it does happen."

NEXT PAGE: Justin Rose relishing the chance to play in front of home crowd at The Open