The Open returns later this year at Royal St George's and Justin Rose can't wait to tee it up in front of an English crowd. 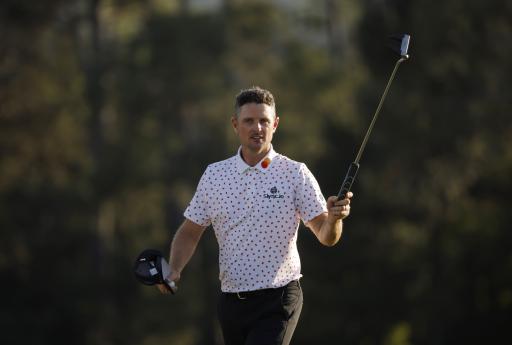 The Open returns to the schedule later this year after it was cancelled in 2020 due to the coronavirus pandemic and Justin Rose is relishing the chance of playing in front of a home crowd at Royal St George's.

Rose will team up alongside former Open Champion Henrik Stenson at this week's Zurich Classic of New Orleans and both players have plenty of experience when it comes to The Open.

After being cancelled last year, The Open returns for the first time since Shane Lowry's 2019 victory at Royal Portrush and the Irishman will defend the Claret Jug at the Kent-based course two years after lifting it for the very first time.

Speaking to the media ahead of this week's PGA Tour event, Rose was asked what he is most excited about for this year's Open at Royal St George's.

"Obviously, a lot of them are in Scotland, but I do feel like the Scots even do a decent job of cheering for the English. But being sort of in England itself you've got Birkdale, Royal St George's, Lytham. There's only a few that are actually in England, so for me that's an added special feeling for an Open Championship."

Henson, Rose's partner for the Zurich Classic, won The Open in 2016 at Royal Troon and the Swede described winning the iconic championship as a "childhood dream", whilst he also had high praise for the English crowd.

"Yeah, it's a special event, no question, and one that I grew up just longing or wishing to one day tee it up in, and then of course, it's nothing short of a childhood dream to stand there one day on the 18th and get announced as The Open champion and the champion golfer of the year," Stenson said. "So that was nothing short of spectacular on my end.

"And like Justin says, the crowds are amazing. They're knowledgeable about the golf and they appreciate good golf no matter how, who hits the shot and who is the one that makes the ball go to the hole. So, yeah, it's a very special week and it was dearly missed last year, so really looking forward to teeing it up at St. George's this upcoming summer."