The World No.3 thinks the PGA Tour's new Player Impact Program is good for the game. 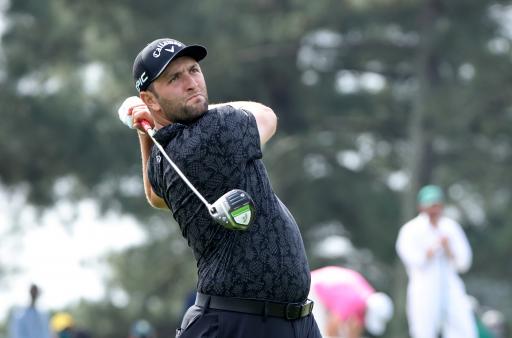 Jon Rahm revealed he will be trying to boost his followers on social media after the PGA Tour announced its new Player Impact Program that will see 10 players share $40 million at the end of the year.

The news broke earlier in the week that players would be ranked based on their Impact Score which involves factors such as social media and Google search ratings, while on-course performance will have nothing to do with the new bonus structure.

Players were supposedly informed back in January, although multiple players have said they know little about the Player Impact Program, with Xander Schauffele suggesting he wasn't even told at all.

Schauffele and his playing partner for this week's Zurich Classic, Patrick Cantlay, both said they wouldn't change their ways on social media in reaction to the new bonus system, which will see the No.1 ranked player take home $8 million.

Rahm on the other hand, who will be defending his Zurich Classic title with Ryan Palmer this week, said he will be doing what he can to boost his social media followers as it will help his Impact Score throughout the year.

"I think you might see some maybe some players that could be on that list or are on the edge over the years who maybe tried to use some of those criteria points to move or boost themselves up and into a higher position," said Rahm.

"Like myself I'm somebody who somewhat stays away from social media, but now that knowing that social media, it's a big part of one of five things that counts towards the ranking, what I might try to start doing some things to maybe just boost the following a little bit."

The Spaniard then said he was unsure what the other factors towards the huge bonus are, which seems to be a common reoccurrence among the PGA Tour's biggest stars.

"To be honest I don't even know what the other points are. I think social media is one of them, Google searches is the other one," Rahm added. "It seems like for the most part if you play good golf things take care of themselves so social media is the one that you can kind of control, right?

"So you might see some people maybe more Instagram Lives or whatever it is or maybe lessons or Q&As or things like that. So you might start seeing more involvement. I'm pretty sure you'll definitely see more involvement on my part and I think it's a good thing because you don't necessarily have to be one of the top five players in the world to have a chance, right? There's so many other ways to get around it and if you have a strong immediate presence you might be able to get there. But I think obviously I think it's a great idea."