Dustin Johnson is choosing not to represent United States at the Olympics, and Brandel Chamblee is not happy about it... 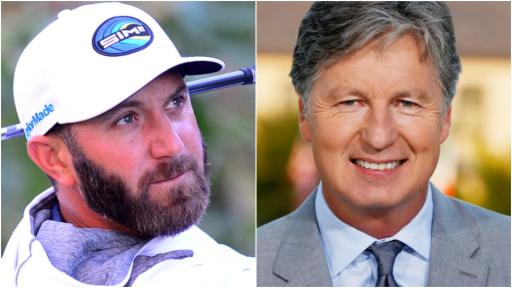 Dustin Johnson has confirmed he will not be teeing up in the Olympic Golf Tournament scheduled for July 29 in Japan this year, and his decision has been met with disgrace from outspoken Golf Channel analyst Brandel Chamblee.

Johnson, 36, also chose not to compete for the United States when golf returned to the Olympics for the first time in 112 years in Rio de Janiero, Brazil, in 2016.

The World No.1 has made the call based on his upcoming PGA Tour schedule, which sees the Olympic tournament fall just two weeks before the start of the FedEx Cup Playoffs where Johnson will bid to defend his FedEx Cup title.

The Olympic tournament also falls two weeks after The Open at Royal St George's, and one week before the WGC-FedEx St Jude Invitational.

"It's right in the middle of a big stretch of golf for me, so that was the reason I was kind of waffling on it a little bit," said Johnson, speaking from this week's Players Championship at TPC Sawgrass.

"It's a lot of traveling at a time where it's important for me to feel like I'm focusing playing on the PGA Tour."

Johnson then added that he would "definitely" have considered playing in the Olympics had there been more space in his schedule.

Seemingly fair points, but not in the eyes of one-time PGA Tour winner Chamblee, who vented fury at Johnson's decision.

He also launched a sly dig at Johnson's commitment to play in the Saudi International earlier this season - a tournament the American would go on to win for a second time in three years on the European Tour.

With Johnson out the running for a place in the US Olympic Golf side, the next four Americans on the qualifying list are Justin Thomas, Collin Morikawa, Xander Schauffele and Bryson DeChambeau as it stands.