Lee Westwood moves into two-shot lead at The Players Championship

Lee Westwood leads The Players Championship by two shots heading into the final round, but Bryson DeChambeau, Justin Thomas and Jon Rahm are in hot pursuit. 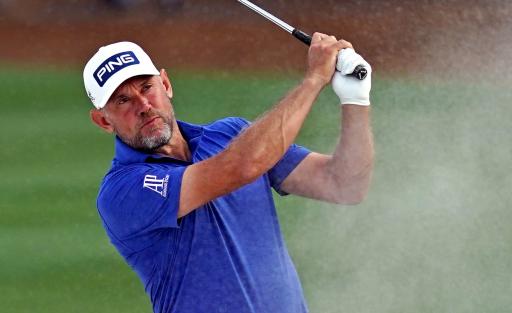 Lee Westwood will take a two-shot lead into the final round of The Players Championship at TPC Sawgrass on Sunday.

Westwood, 47, carded a flawless 4-under 68 to progress to 13-under par and move two strokes clear of Bryson DeChambeau, the man who pipped him to the Arnold Palmer Invitational just seven days ago.

Lee Westwood was better than most with this insane birdie

The Englishman parred every hole on the front nine, which saw him initially relinquish the lead he took into the start of the round, but he then moved back to the top of the leaderboard following birdies on the 10th, 12th, 16th and a bomb on the iconic 17th.

Westwood has not dropped a shot this week since the 10th hole of round one.

DeChambeau produced another impressive round of golf with a 67 to once again join Westwood in the final group on Sunday, just as was the case at Bay Hill last weekend.

The American not only continued to impress with his power and accuracy off the tee, but he rarely missed a putt from inside of 10 feet for much of the day.

Justin Thomas produced the round of the day with a stunning 8-under 64 as the American marched into third place on 10-under alongside Doug Ghim, who carded a 68.

Thomas hit one of the shots of the week when nearly holing his second shot at the par-5 16th. WATCH BELOW:

Jon Rahm and Paul Casey both matched DeChambeau's round of 67 to vault up to 9-under par alongside Brian Harman, who carded a 69.