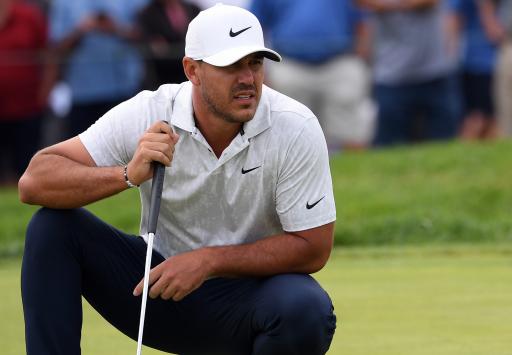 Brooks Koepka may have rallied for a tied fifth at the Travelers Championship, but he once again reiterated his struggles to adapt to a regular PGA Tour event compared to competing in a major championship.

Speaking in his post-round press conference after closing with a solid 65 to finish three shots off the pace on 10-under par, Koepka explained his mindset is just totally different at one of the four majors.

"It's all mental," said Koepka. "It's tough to focus like that for - I'm going to be flat out honest. I can't focus - a major I get excited and I feel stuff on the first tee.

"I just struggle to do that in regular events. The focus and discipline is there in a major where it's not here. I kind of go for everything."

Koepka added: "I mean, I'm not trying to finish second. It's just I think the majors are easier to win if you're disciplined.

"Out here I think there are a lot more guys that have the opportunity to win just the way it sets up. Instead of having like three off the side, you've got five.

"So you got a little more room for error, and I think that's why."

The four-time major champion won't have long to wait to get pumped up for his next tournament, however, as The Open at Royal St George's is just three weeks away.

Koepka, who finished tied fourth at the US Open two weeks ago, will now spend the next 10 days on vacation with his partner Jena Sims, and then will head over to Kent a week before the final major of the year tees off.

"Next week I'm not going to touch a club for like 10 days... I'm just excited for vacation next week and get away," said Koepka.

"Then I think I'll probably go over maybe Friday or Saturday to get ready and see, get adjusted. Probably more for the time change than anything.

NEXT PAGE: HOW MUCH THEY ALL WON AT THE TRAVELERS CHAMPIONSHIP