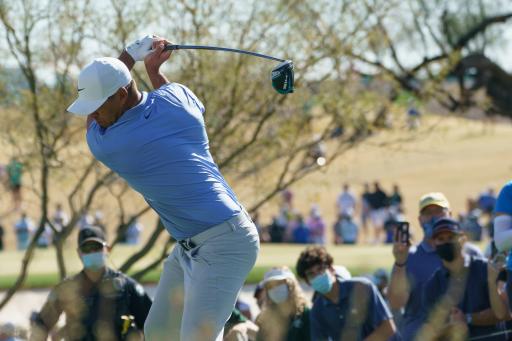 Brooks Koepka claimed his 8th PGA Tour title and his first since 2019 with a one-shot victory at the Waste Management Phoenix Open on Sunday and did so whilst using a new driver for the very first time.

The 30-year-old is one of the rare few free agents on the PGA Tour and picks and chooses whichever clubs he wants, although it has been rumoured as of late that Koepka could potentially be on Srixon's radar as their next big signing.

RUMOUR: Is Brooks Koepka close to signing a deal with Srixon?!

At the Phoenix Open, Koepka was ripping the ball off the tee with the new TaylorMade SIM2 driver, a club he has only recently put in the bag and is now unlikely to change given his fantastic performance at TPC Scottsdale.

Koepka used Mizuno irons for a long time on the PGA Tour, leading him to win mulitple majors, but he has now switched to Srixon ZX7 irons, whilst he still used a Nike Vapor Pro 3-iron.

Check out all the details of Koepka's winning bag below.

Brooks Koepka - What's in the bag of the Phoenix Open winner

NEXT PAGE: Brooks Koepka reveals there were "tears and pain" throughout injury crisis